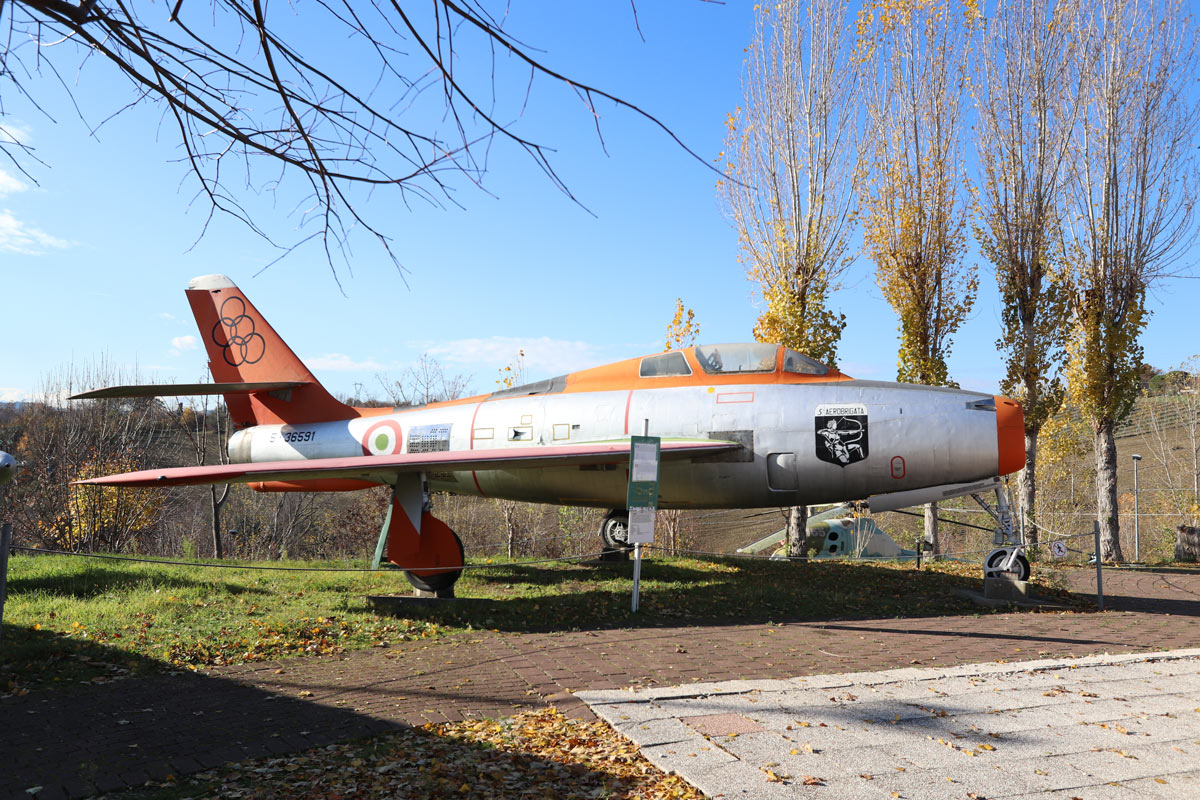 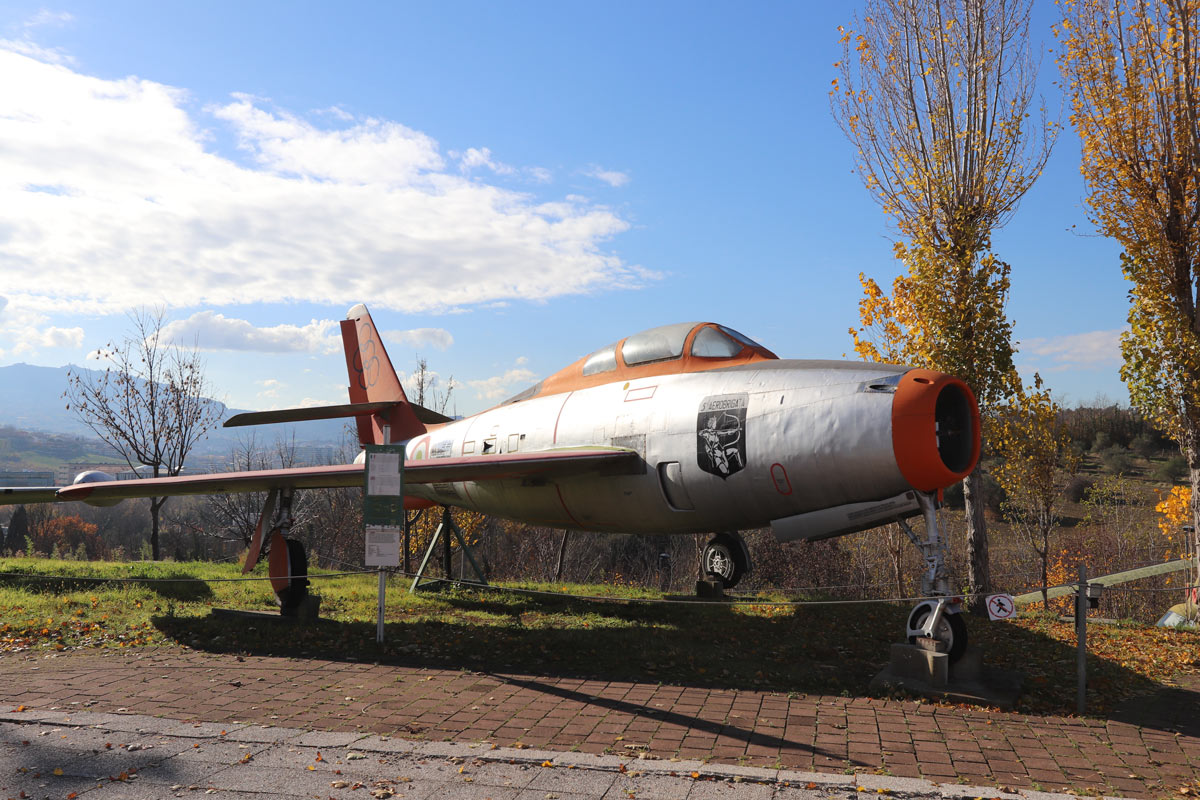 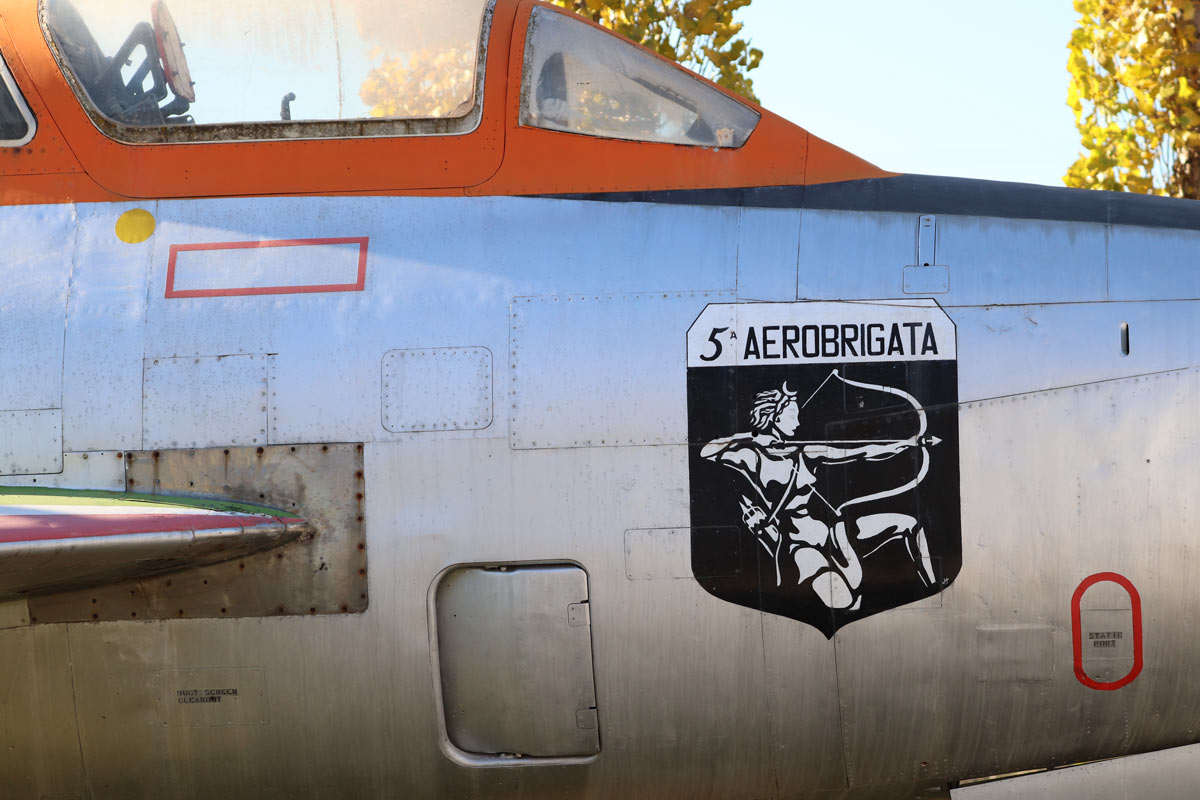 The F-84F was built bythe US manufacturer”Republic”, and first flewin February 1951. It wasproduced in great numbers and was operative inthe air forces of many NATO countries. In Spring 1956 the first delivery in Italy of F-84F’s was assigned to the 6th Aerobrigade at Ghedi, and the plane was then used by the 5th Wing at Rimini-Miramare, the 51st Wing at Istrana. the 36th Wing at Gioia del Collo, the 50th Wing at San Damian° and the 8th Wing at Cervia, The F-84F closed its operative life in 1973 after some twenty years of service. Among its various uses (fighter and fighter-bomber). The F-84F was also employed by Italian Air Force acrobatics teams. The model on display at the museum is exhibited with the insignia and colours of the famous acrobatic squadron of the Rimini based 5th Wing, the “Thunderjets”, which flew between 1959 and 1960. The five F-84F’s (later six) of the 5th Wing were decorated in colours chosen personally by the pilots: red, white, green (then blue), yellow, black and orange. This last colour was the one preferred by Flight Sergeant Gregorio Baschirotto (now a retired Group Captain). The plane also bears the five rings that are the symbol of the Olympic Games held in Italy in 1960.