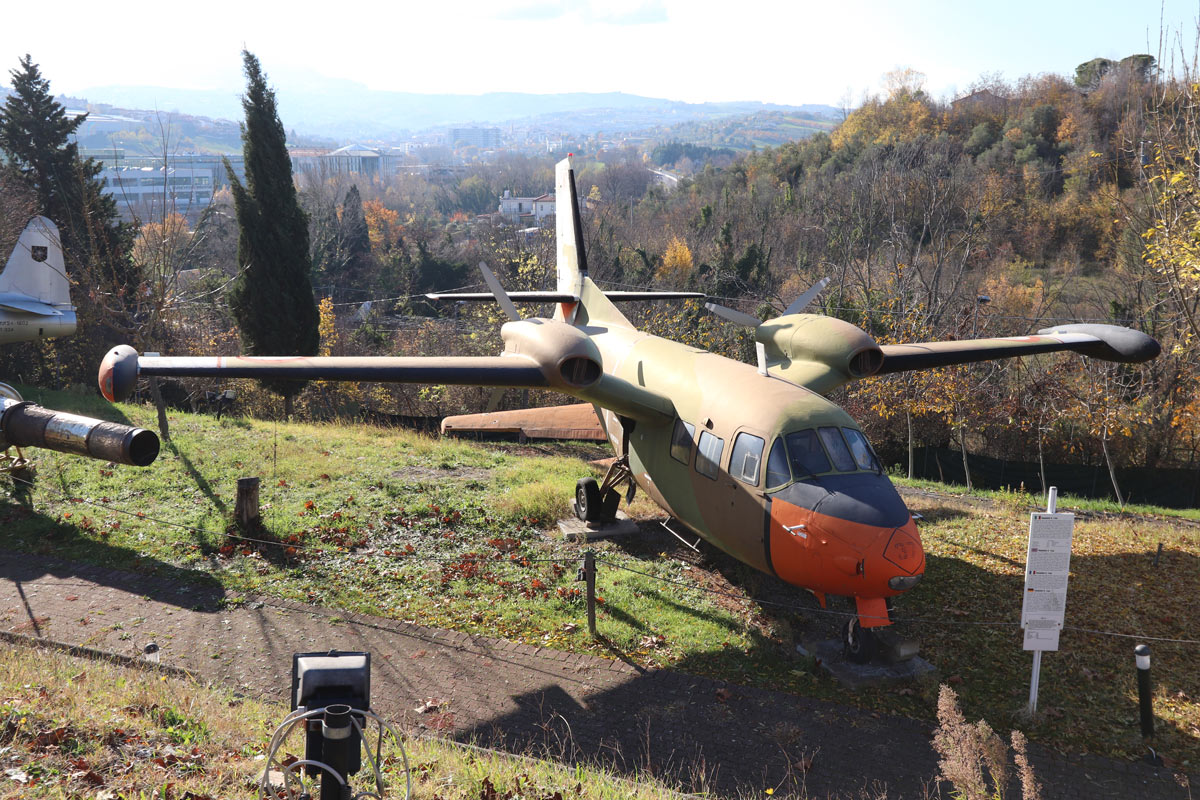 Towards the end of 1955, Piaggio, an Italian aircraft manufacturer based in Finale Ligure, started todevelop the ExecutiveTerrestre P.166 from theirearlier P.136L, using some of the same basic technical components. The new plane made its inaugural flight at Villanova d’Albenga on 26 November 1957, piloted by Captain Aldo Gasperi, and the first plane of the twentyone ordered by the Italian Air Force was delivered in the spring of 1961. In 1962, eleven P.166’s were assigned to the Flight Division of the 2nd Regional Air Command, while others went to the Advanced Flying School at Latina. The P.166 is also used at the Central Flying Instructors’ School at Grottaglie (Taranto), at the Ex- perimental Flight Unit at Pratica di Mare (Rome), and in squadrons liaising between different divisions of the Italian Air Force.

The plane shown here carries the markings of the 303rd Autonomous Flight Group of Guidonia.