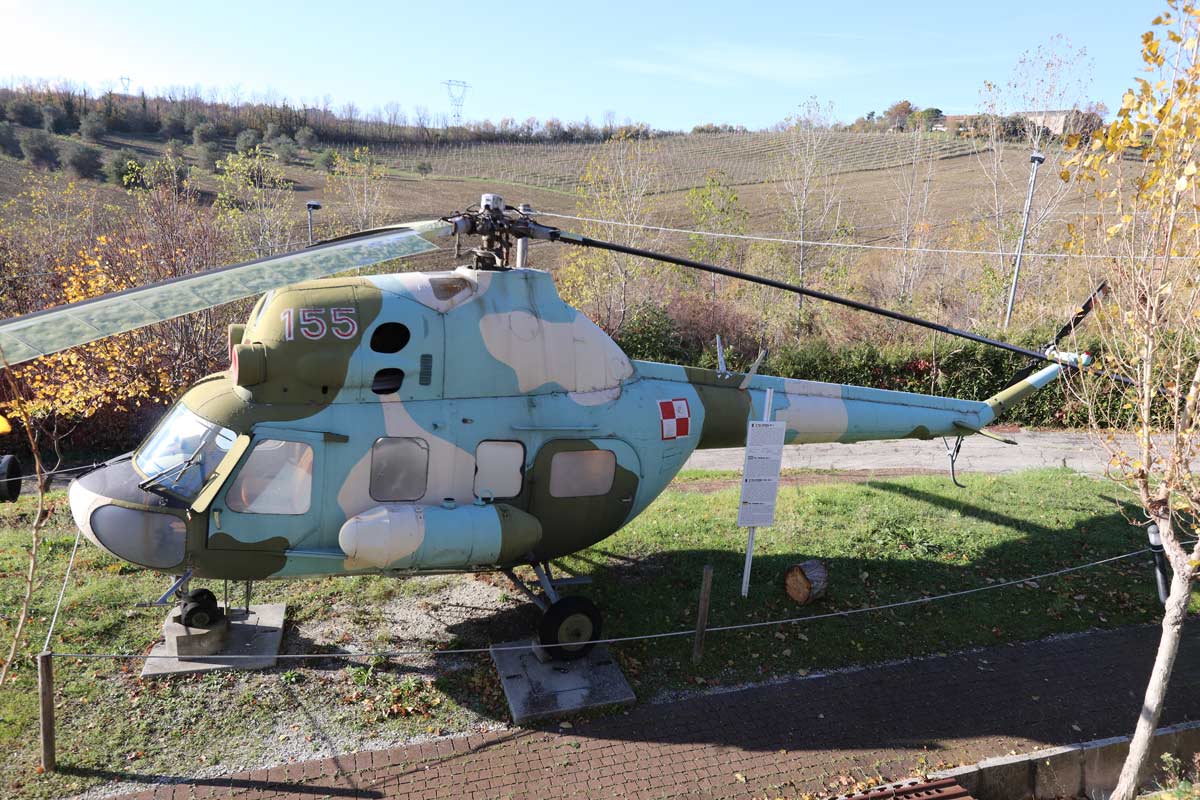 The PZL Mil Mi-2 was developed by the URSS and had its first flight in September 1961. After being developed, production and commercialization were managed by Poland’s army.

The PZL Mil Mi-2 had both civil and military duties.

These helicopter were largely used by a long list of countries: Poland, URSS, Bulgaria, Hungary, Romania, East Germany, North Korea, Lesotho, Libya, Iraq, Etiopia, Nicaragua, Cuba and Czechoslovakia. It was built in more than 5,000 units and with the usual biturbo engine placed on the top of the cockpit.

The helicopter had a eight passengers capacity.

There are two units in our museum: one shows the colors and the codes of the Lithuanian Army while the other belonged to Polish Army.