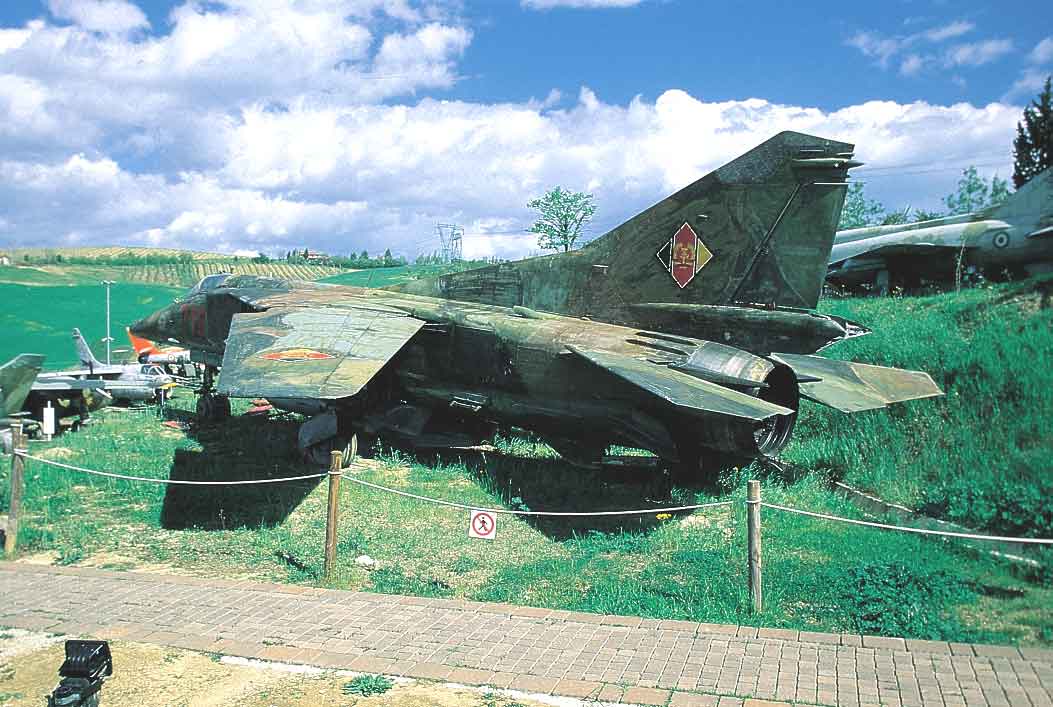 Derived from the MiG-21. the MiG-23 was desi-gned to solve the two main problems of the ear-lier aircraft, its low arma-ment capacity and its li-mited range of action. The prototype of this new plane, cal-led the YE-231, was produced in 1966. and its main features were the swing-wings used to optimize performance in diffe-rent flight conditions and the two lateral air intakes that al-lowed a larger fuel tank to be installed inside the fuselage, as well as a radar in the nose.

The MiG-23BN was the last version of this aircraft to be built, and several of its features were in fact taken from its successor, the MiG-27, including the “duck’s beak” nose, shorter and with a sharp downwards angle (seen here fitted with a laser range finder). armour on the sides of the cockpit and larger tyres. The Aviation Mu-seum’s MiG-23BN belonged to the former East German Air Force, and served with the JBG 37 squadron based at the German airfield of Drewitz, where in 1990 there were still 18 of these planes.