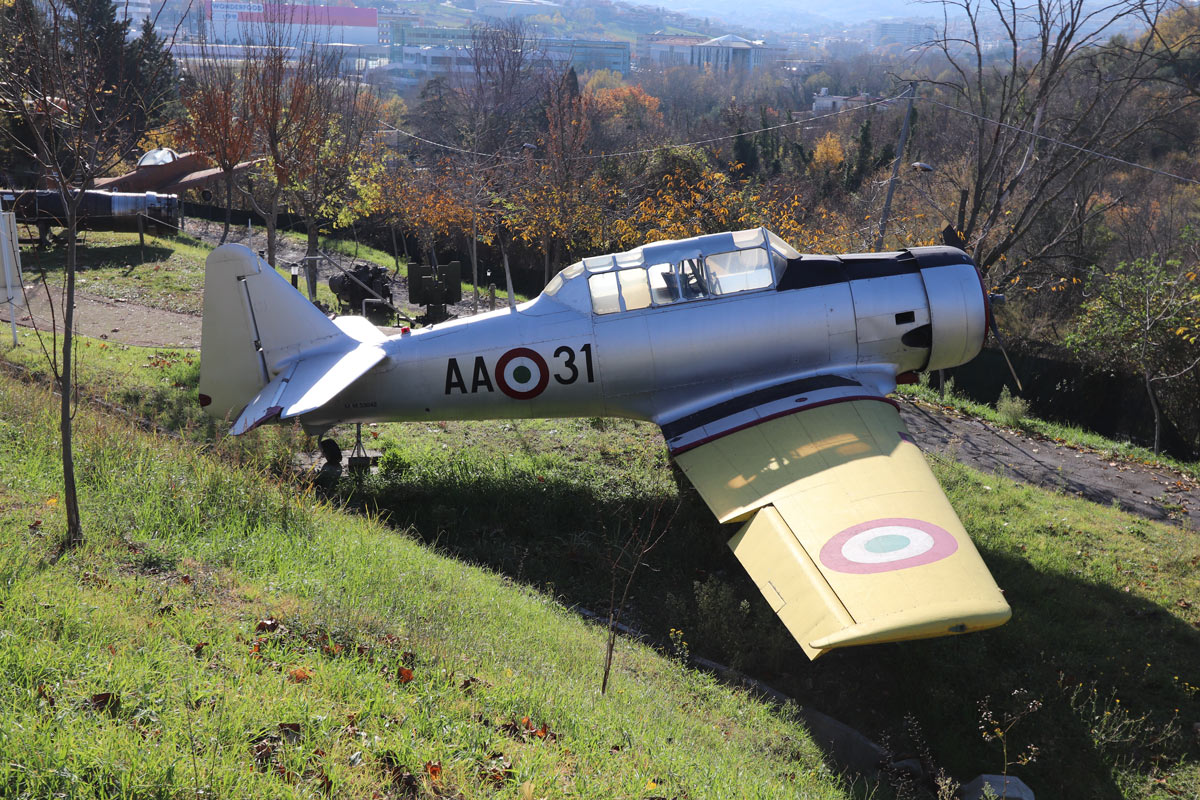 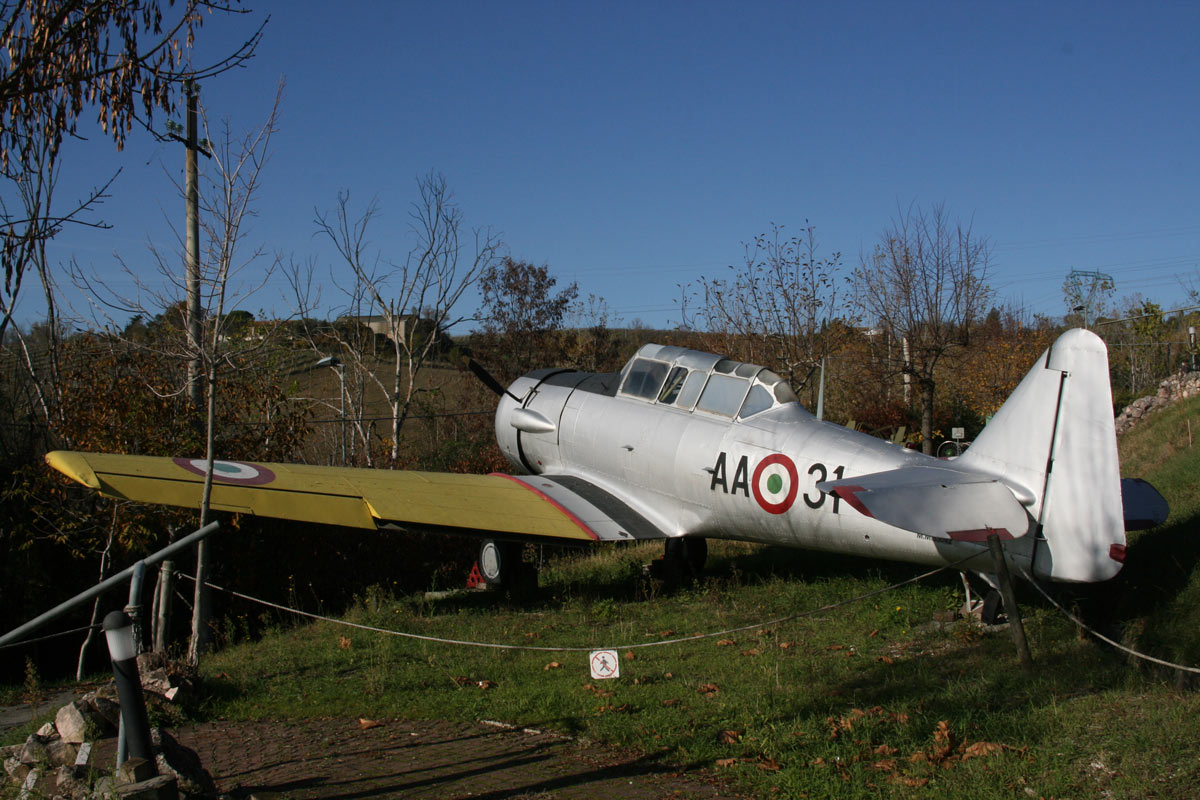 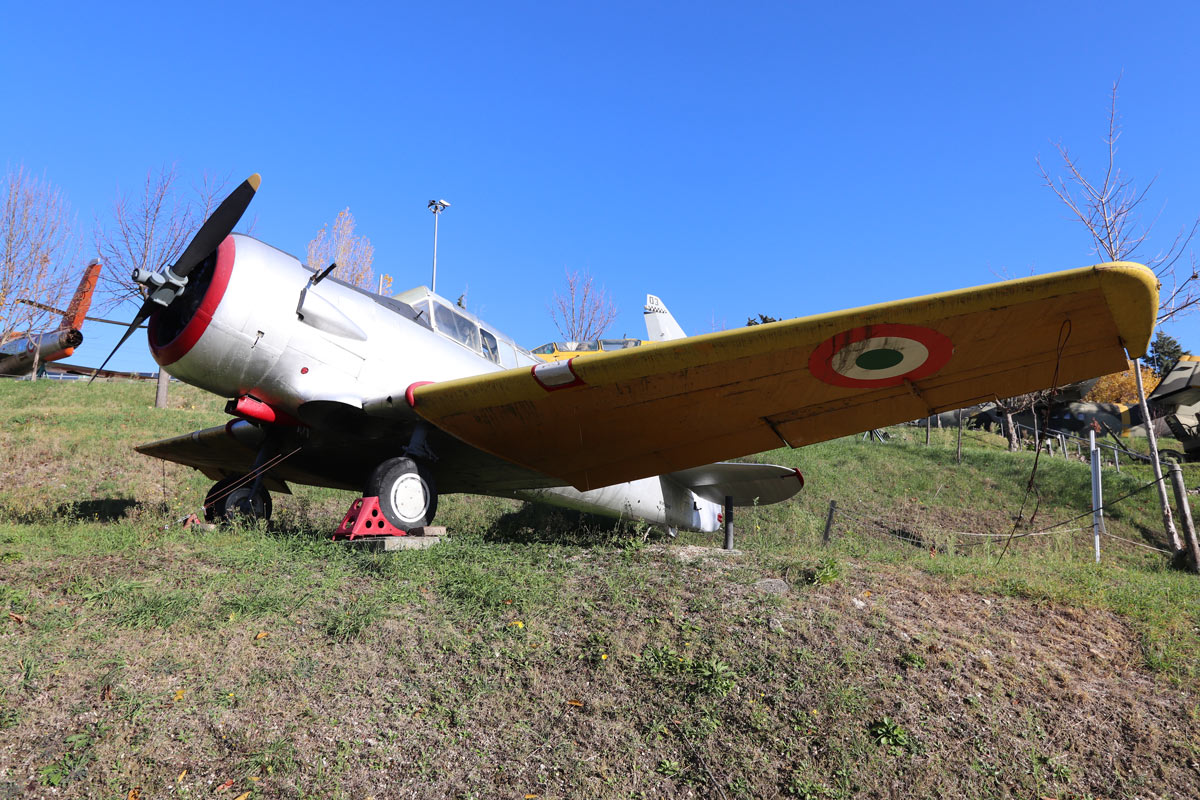 The North American T-6 is one of the world’s most famous trainers, and it made its first flight as the NA-16 at Baltimore on 1 April 1936. Thousands of these aircraft were built during and after World War II, and they later took part in fighting in Korea, Vietnam, the Congo, Biafra, the Middle East and South America. In its main AT- 6A, AT-6C and AT-6D versions, the Texan was used by the air forces of many countries, including the US, Britain, Canada, Italy and France.

The last flight by an Italian T-6 was made in 1980. In the trainer version, the T-6 was equipped with a 0.30 mm machine gun on the right wing, while the machine gun of the fighter version was synchronized with the propeller, as in the plane seen here which carries the insignia of the 358th Squadron of the Pozzuoli Aeronautical Academy (Naples). The plane is a T-6C although this version was reconverted by the US Air Force as the T-6D.