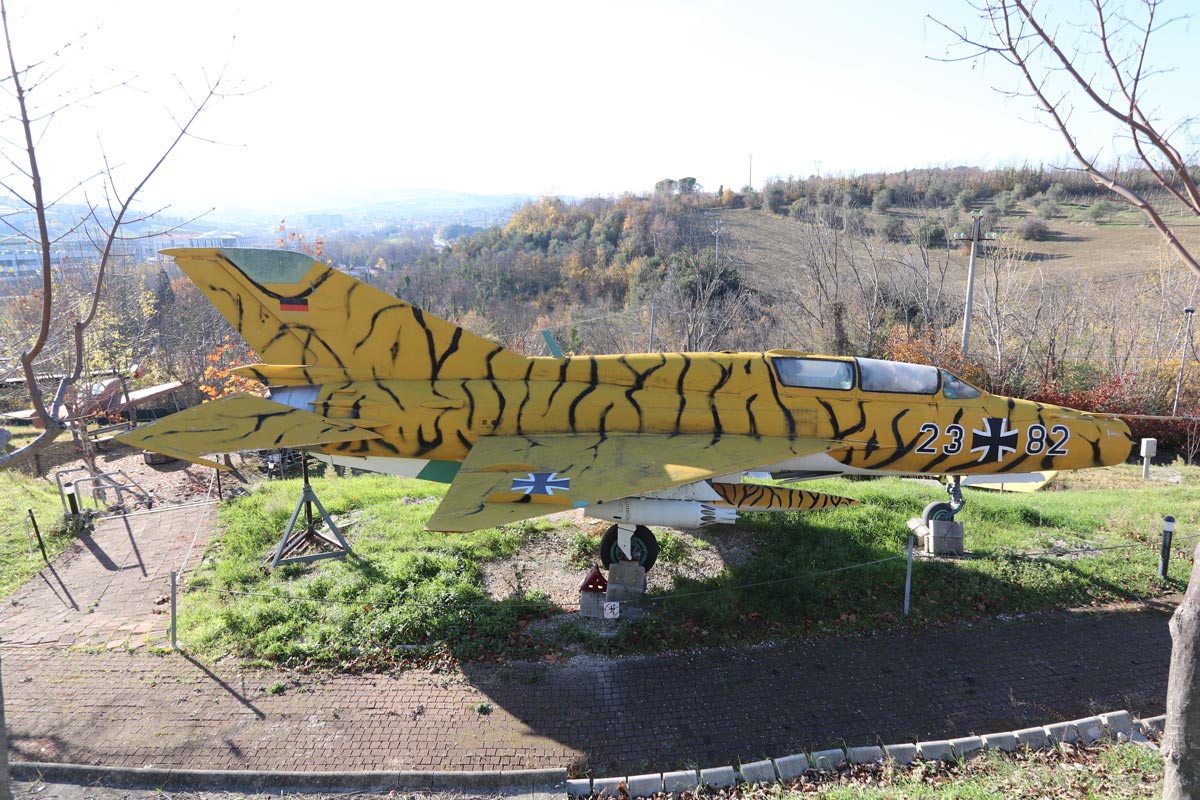 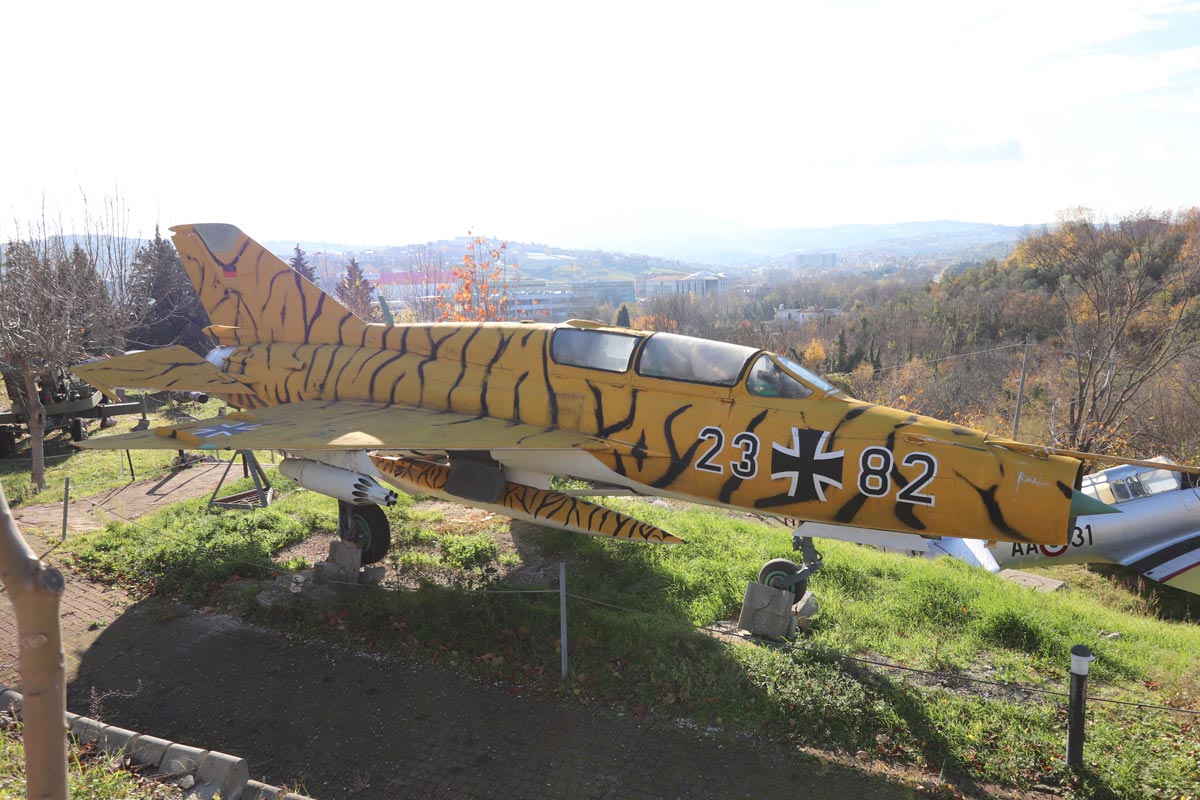 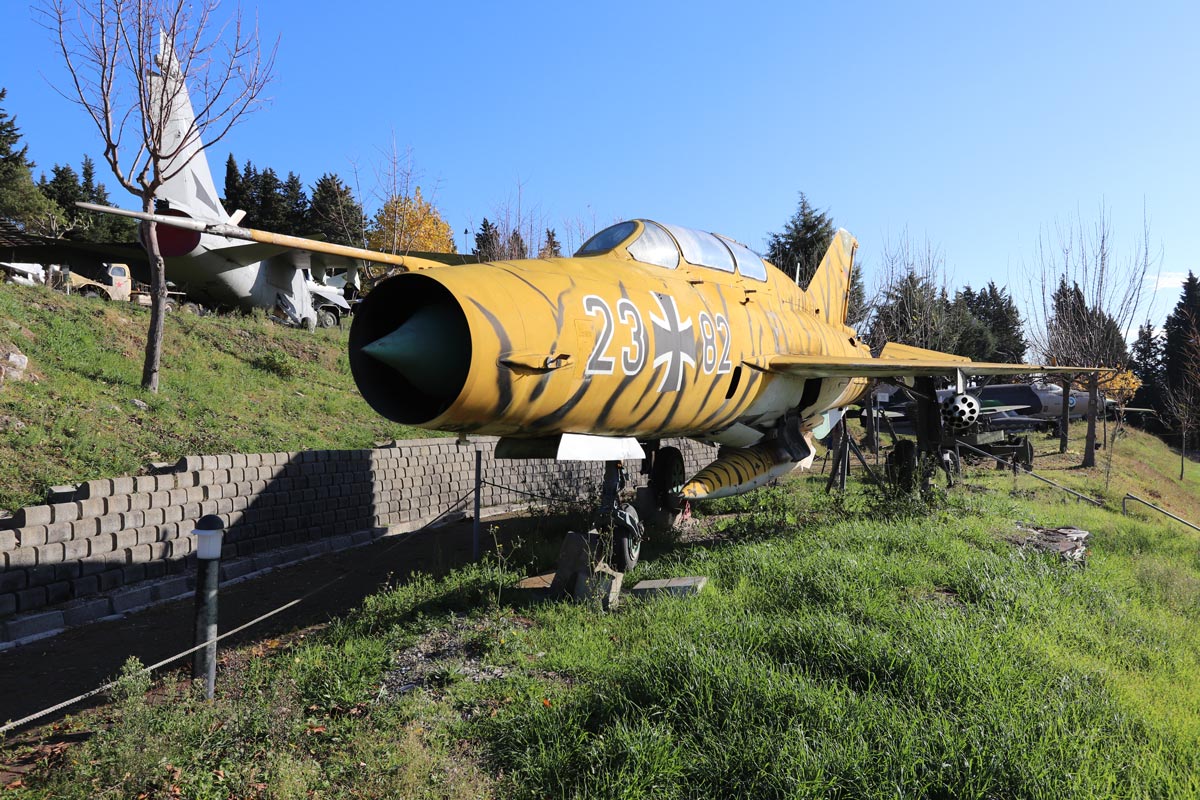 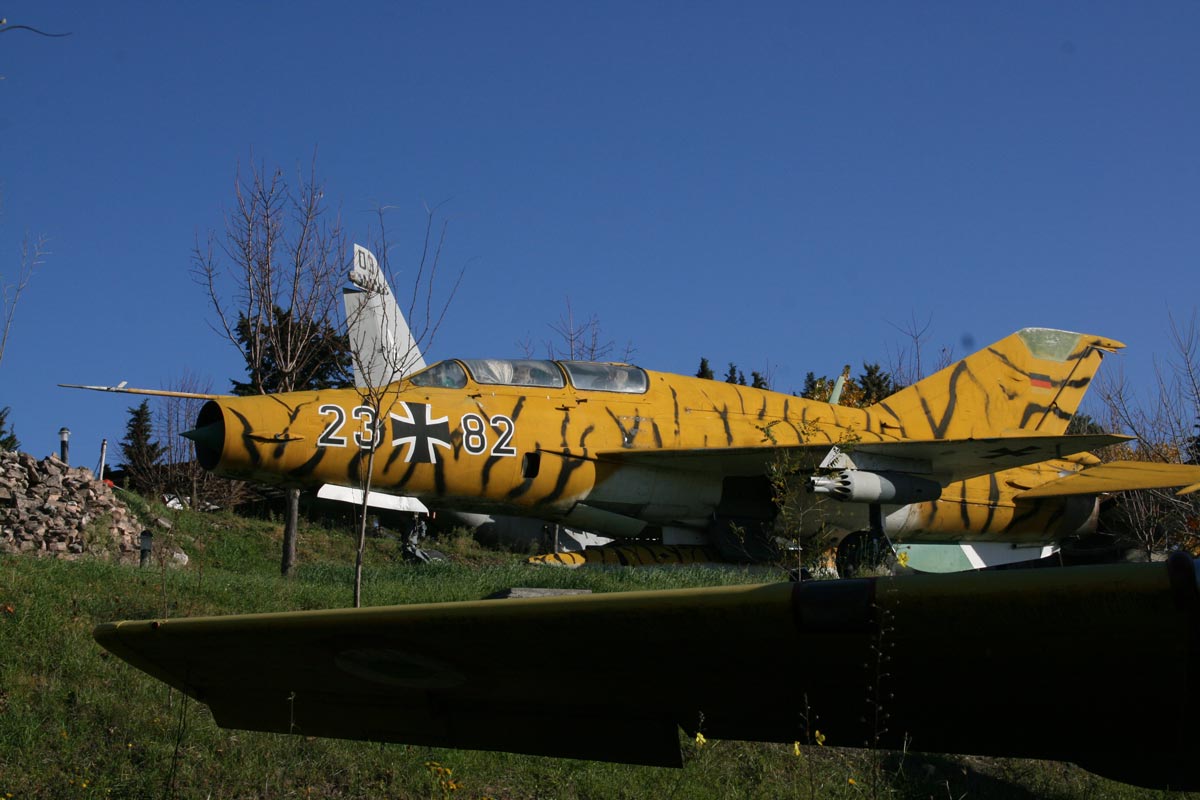 The MiG-21 UM was the latest version of the MiG-21 fighter interceptor. It was intended as a trainer for pilots in supersonic flight and combat in any condition of time or visibility, the specimen on display has in fact the characteristic darkening curtain, mounted inside the cockpit, which obliged the pilot to perform the so-called blind or instrumental flight. In this training version the MIG-21 has no guns and this made easier to install a large front brake, in addition to larger tires. The plane seen here was assigned to the 19th Jagdgeschwader squadron, with fuselage number 231 (service number 516915011). After the reunification of Germany it was incorporated into Luftwehr with the number 2832.