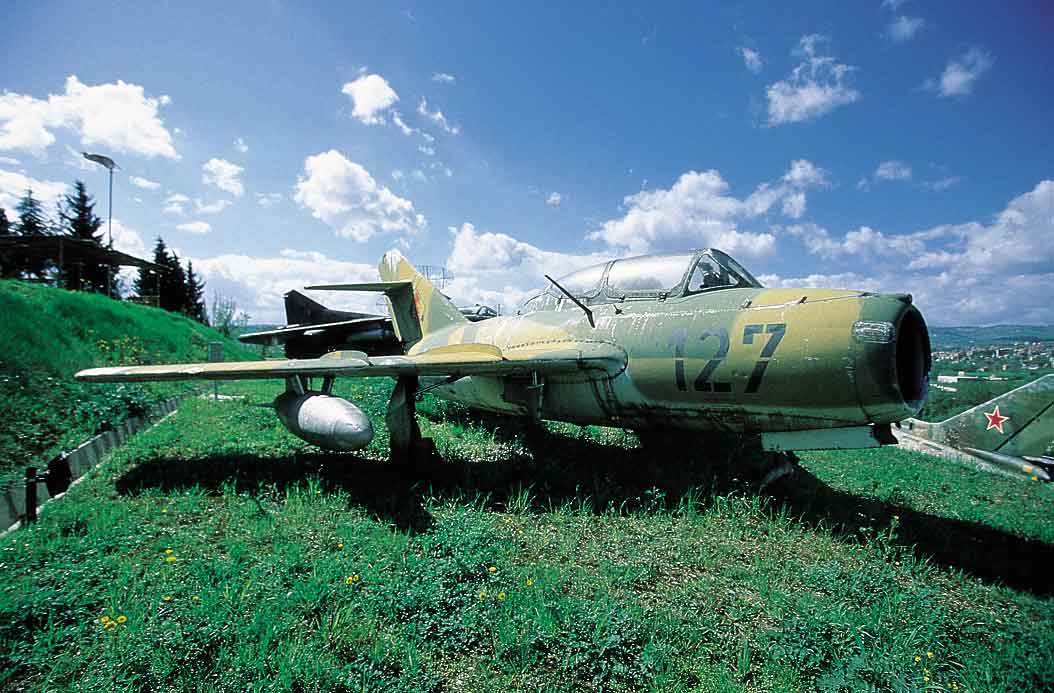 In 1946, with a surprising lack of foresight. Britain’s Labour government authorized the export to the USSR of 25 Rolls-Royce «Nene>, turbojet engines, among the most advanced propulsion units availa-ble at the time. As soon as the new engines were delivered, specifications were drawn up for a new interceptor, to be vir-tually purpose-built for them. MiG, also using German re-search results, succeeded in just one year in designing, building and test-flying the prototype, the 1-310 or «Aircraft-which took to the air on 30 December 1947.

The plane first saw active service in Korea, where at first it won victory after victory over the Americans. It was only later, with the arrival of the formidable F-86 Sabre and better pilot training, that the USAF regained a certain degree of air superiority. The UTI training version was used by air forces throughout the former Soviet bloc, particulary since no standard two-seater versions of the later MiG-17 and MiG-19 were built. The MiG-15 UTI on show at the Aviation Museum served with the J-8 unit of the Luftstreifkrafte based at Marxwalde/Seelow in Germany.