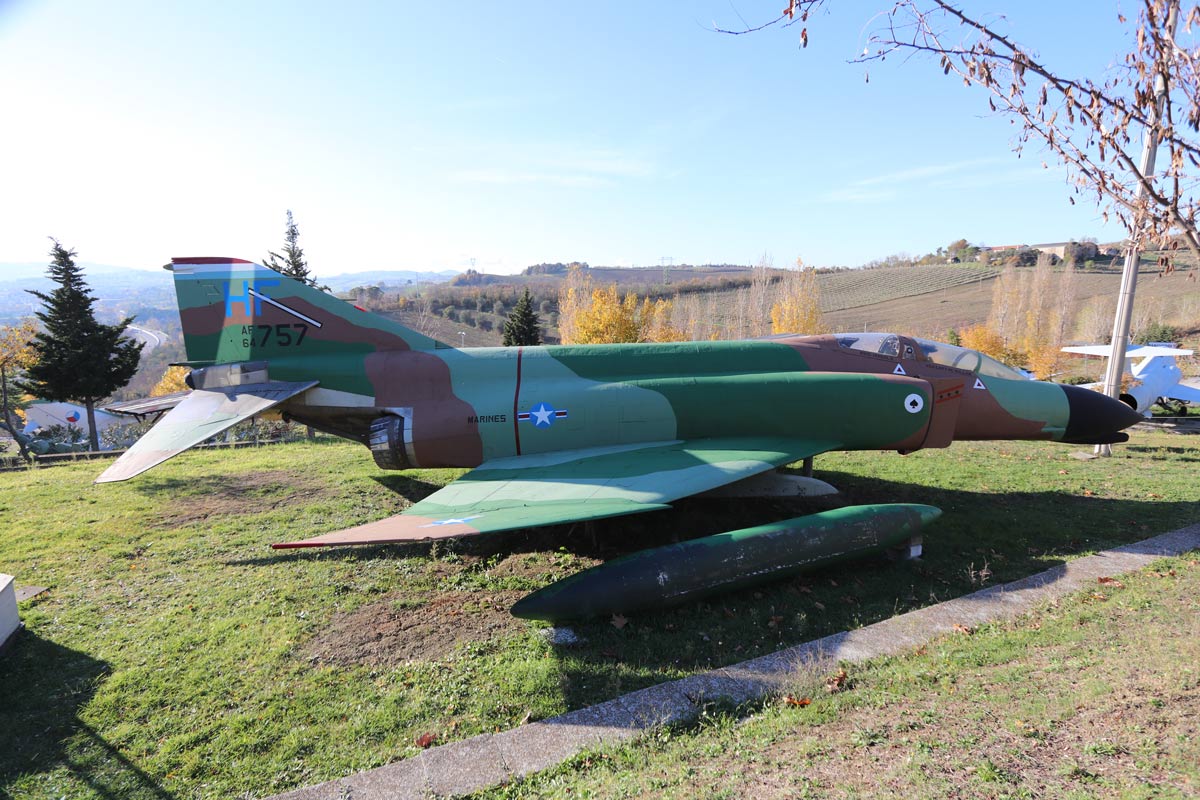 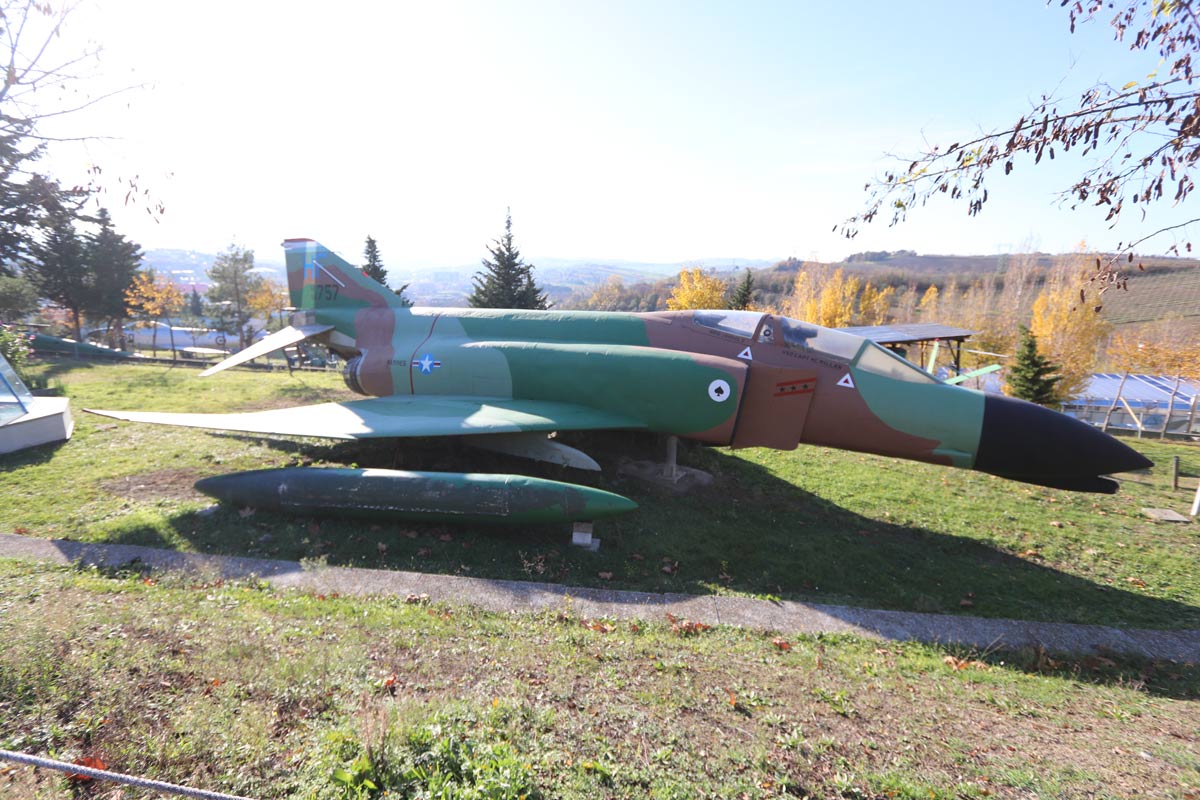 The McDonnell F-4 Phantom II is, perhaps, one of the most famous combat fighters ever to have been built. The pro-totype flew for the first ti-me in May 1958 as the XF-4 H-1. and when production cea-sed in 1979, a total 5,195 aircraft had been built. The excel-lent performance of the Phantom in all flight conditions ena-bled it to set many aeronautical records, and it was widely used in several wars of the 1960’s and 1970’s (Vietnam, Yom Kippur, Iran-Iraq).

Considered to be one of the world’s most effective and complete combat planes, it has seen service in a variety of roles, including nuclear weapons deployment, anti-ship attacks and anti-radiation missions, in the air forces of many countries, such as the United Kingdom (fitted with Rolls-Royce Spey engines), Iran, South Korea, Israel, Japan, Spain, West Germany, Greece, Turkey, Egypt and Australia. The plane on display at the Aviation Museum is a F-4 ElF Wild Weasel, which flew numerous mission during the Viet-nam War and was then assigned to the 52nd Tactical Fighter Wing – 81st TFS of the USAF.