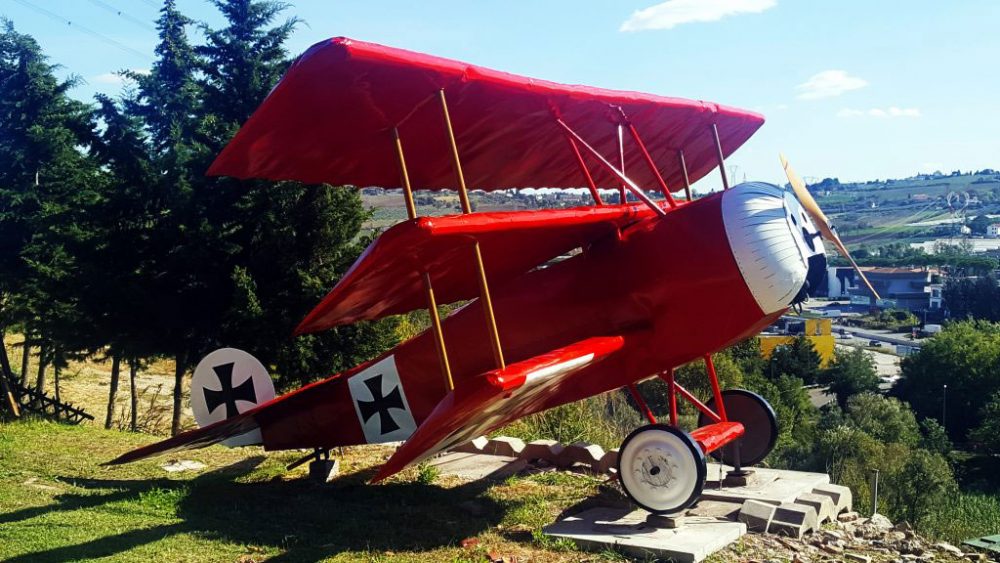 Manufactured by Fokker during the First World War, the triplane Fokker Dr.I , also known as Dreidecker, is a well known German fighter plane Dr.I was the aircraft flown by the famous Manfred von Richthofen , also known as “The Red Baron” referring to the color he wanted his aircraft to be painted so that he could be recognized by his enemies. Dr.I’s project was created by Antony Fokker and Reinhold Platz and the removal of the bracing made with steel cables, typical of other aircraft was its main feature. In June 1917, the Fokker Dr.I was assigned to JG1 squadron, made up solely of German Air Force Aces, that he went on to command. The Red Baron was killed by Australian anti-aircraft at the age of 26, after having achieved 80 confirmed victories. The command of his squadron, upon his death, was passed on to the deplorably famous character: Hermann W. Goring. By 1918 the triplane Fokker was manufactured in 171 models.

The model on display is a replica and it stands as the Gate Guardian of the Museum of Model Aircraft in Rimini.