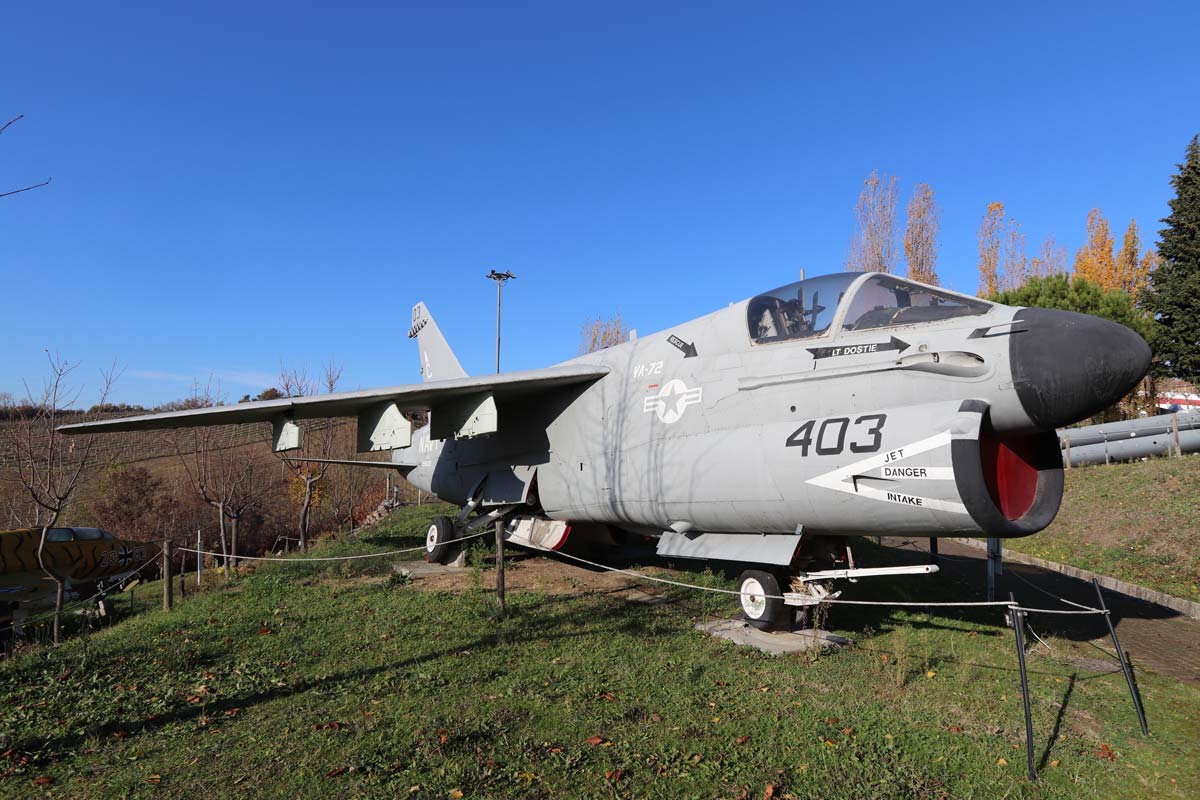 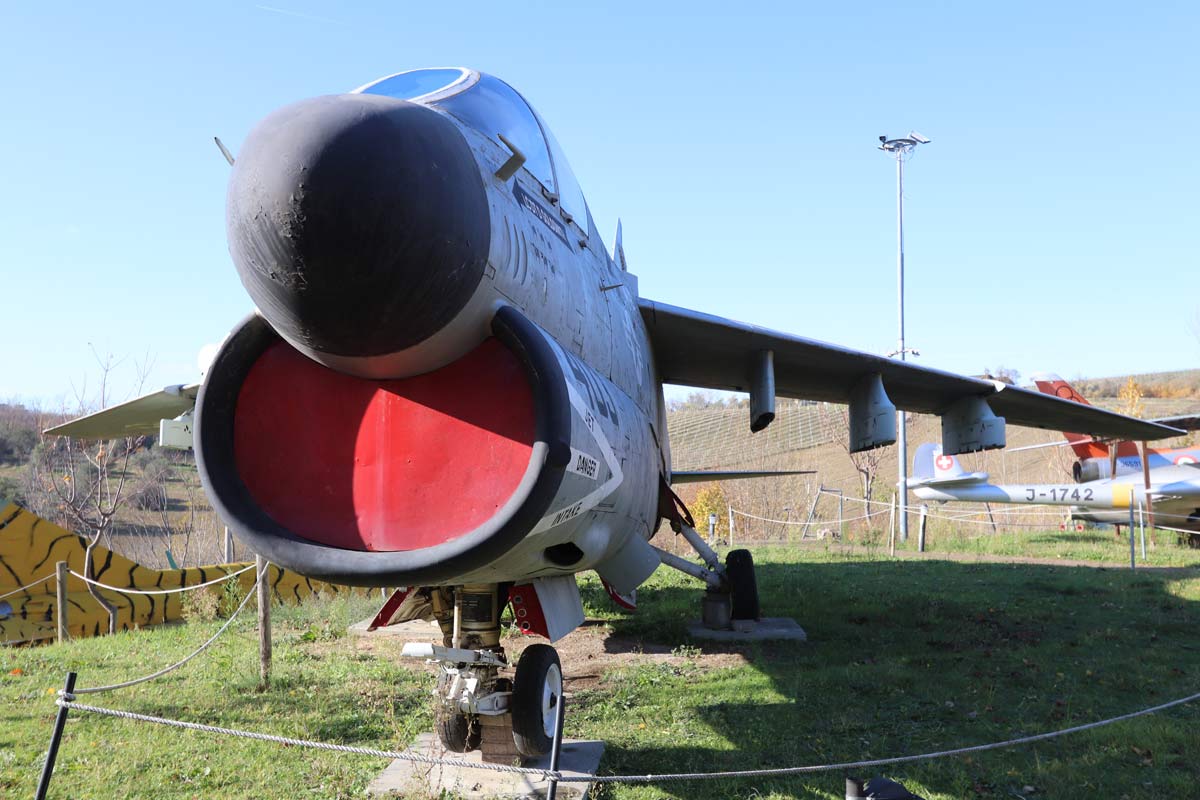 «Corsair II»A supersonic fighter-bomber produced in nu-merous versions by theLing Temco Vought Cor-poration of America. TheA-7 prototype first flew on27 September 1965, and the A-7E version on 25 November 1968, It was used by a total of 26 US Navy air groups, and during the Vietnam war US Navy Corsair II’s flew over 90,000 combat mission. Until the mid-1980’s it was generally consi- dered to be the world’s best light combat aircraft. The plane displayed here, with fuselage code 403 (BuNo 158830), was assigned to the aircraft carrier USS John Kennedy of the Sixth Fleet, stationed in the Mediterranean. During the Gulf War, this plane flew six combat missions in naval attack ope- rations against Iraqi targets, earning the six camels painted beneath the cockpit.