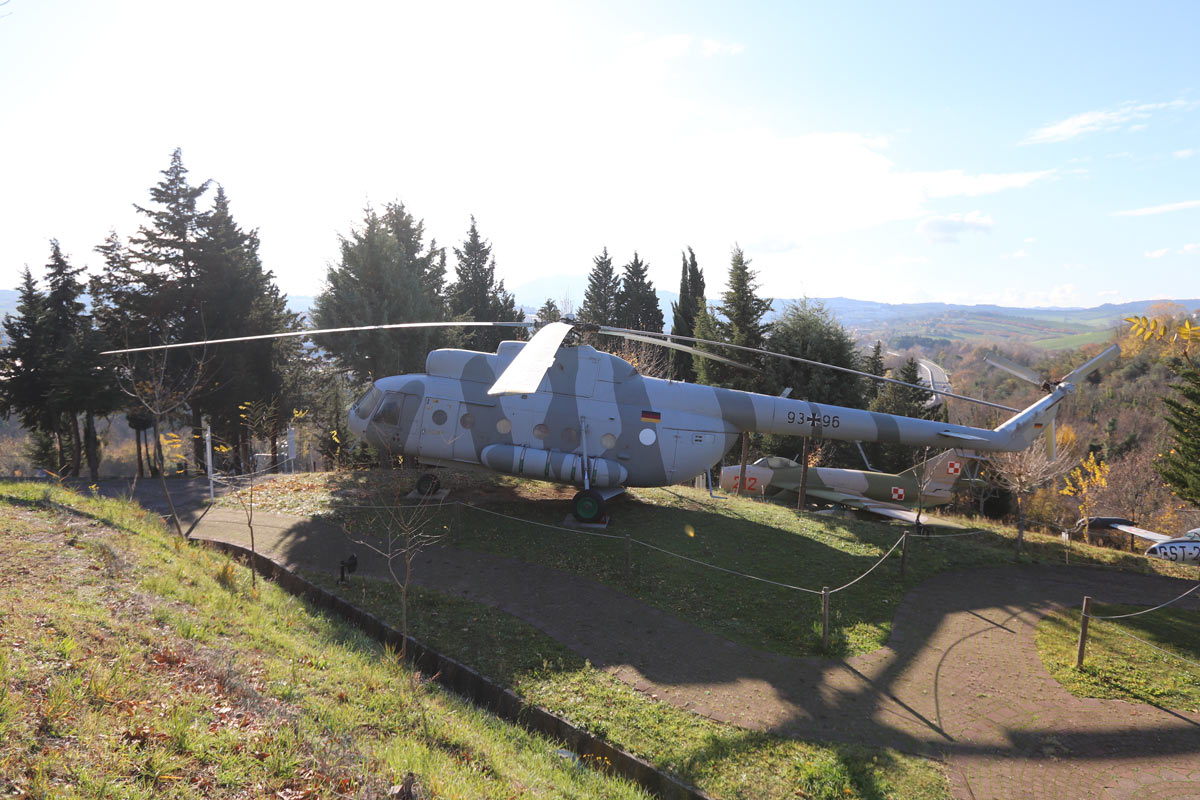 Developed from the Mil Mi-8, to which it is very similar in structure, the Mi-9 first flew in 1982. Normally used as a military personnel transport for between 28 and 32 troops, the combat version (Mi-8) was the world’s most heavily armed helicopter, with 6 UV-32-57 rocket launchers carrying 192 rockets, 4 Swatter anti-tank missiles and a 12.7 mm swivelling machine gun at the nose. In this more recent version, the Mi-9 is fitted out as an Operations Command helicopter also serving as a radio repeater. The Mi-9 was used by the Soviet forces during the war in Afghanistan, and eight were assigned to the former East German air force, serving with helicopter units KHG-3 and KHG-4. The Mi-9 seen here originally belonged to the KHG-3 Ferdinand Von Shil unit, based at Cottbus Airport.