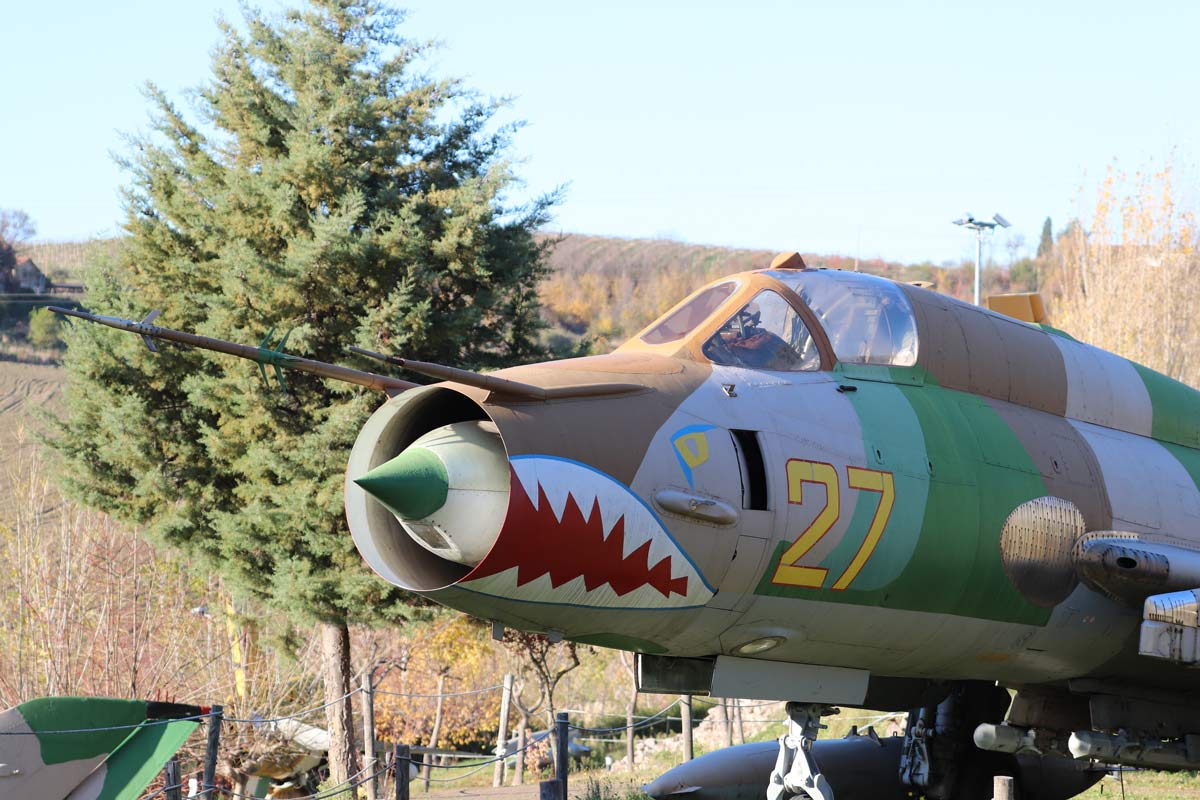 The first models of thisvariable-geometry Sovietfighter-bomber and com-bat plane were producedin the early 1970’s. TheM4 version appeared in1984, and was used by several Warsaw Pact air forces, whe- re it was known as the Sukhoi Su-22M4. This version had a more complete range of flying instruments than previous ones, and was also more heavily armed. The example seen here has the markings of the famous 20th Aviatsionaya Polk Istrebeitelie-Bombardardirovchikov (20th Fighter-Bomber Regiment), the first Soviet unit to fly these planes, when it was permanently stationed in East Germany. at the Gross- Dolin airport of Templin, occupied until April 1994.