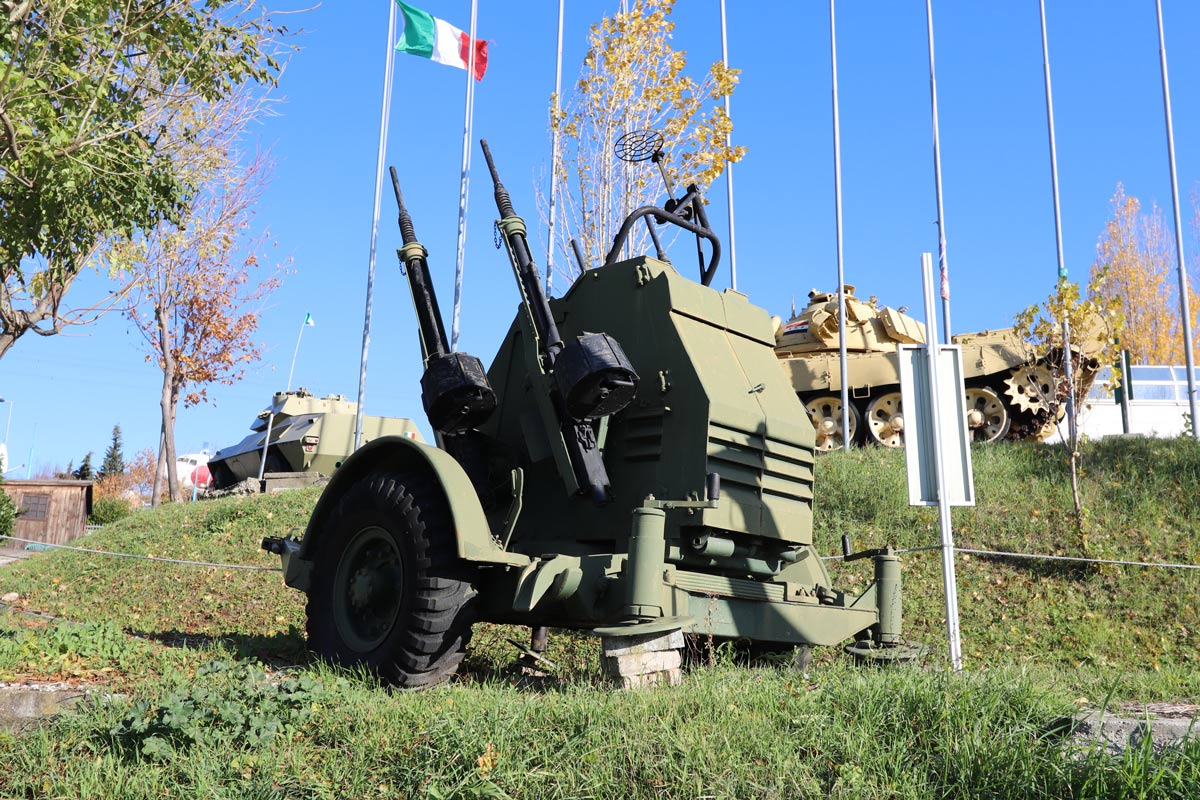 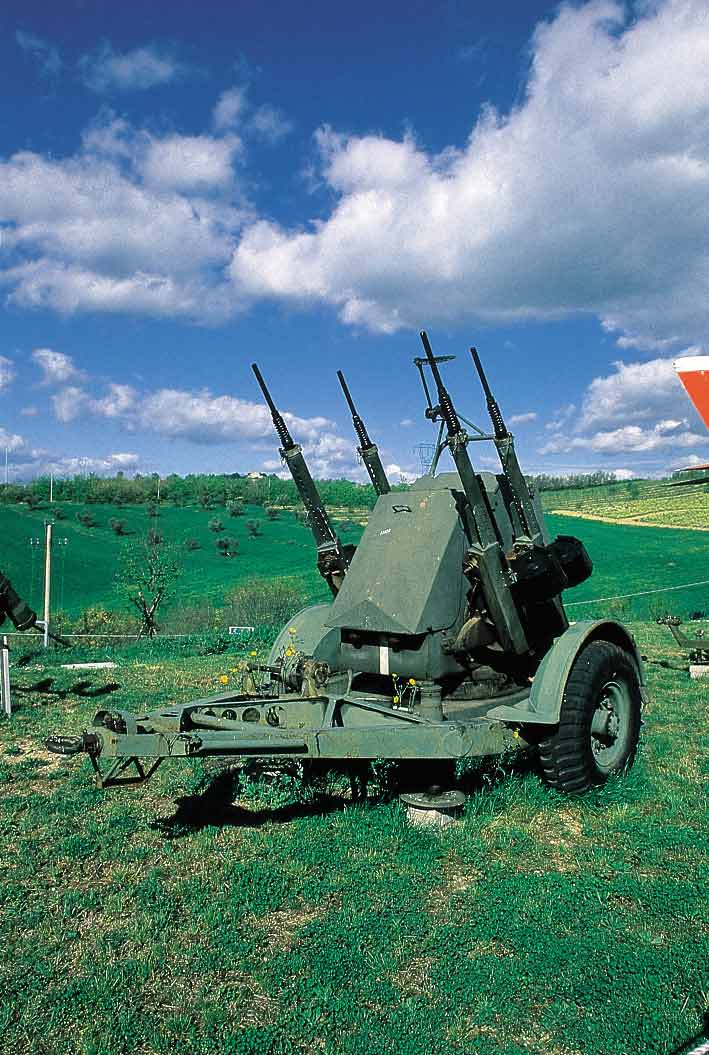 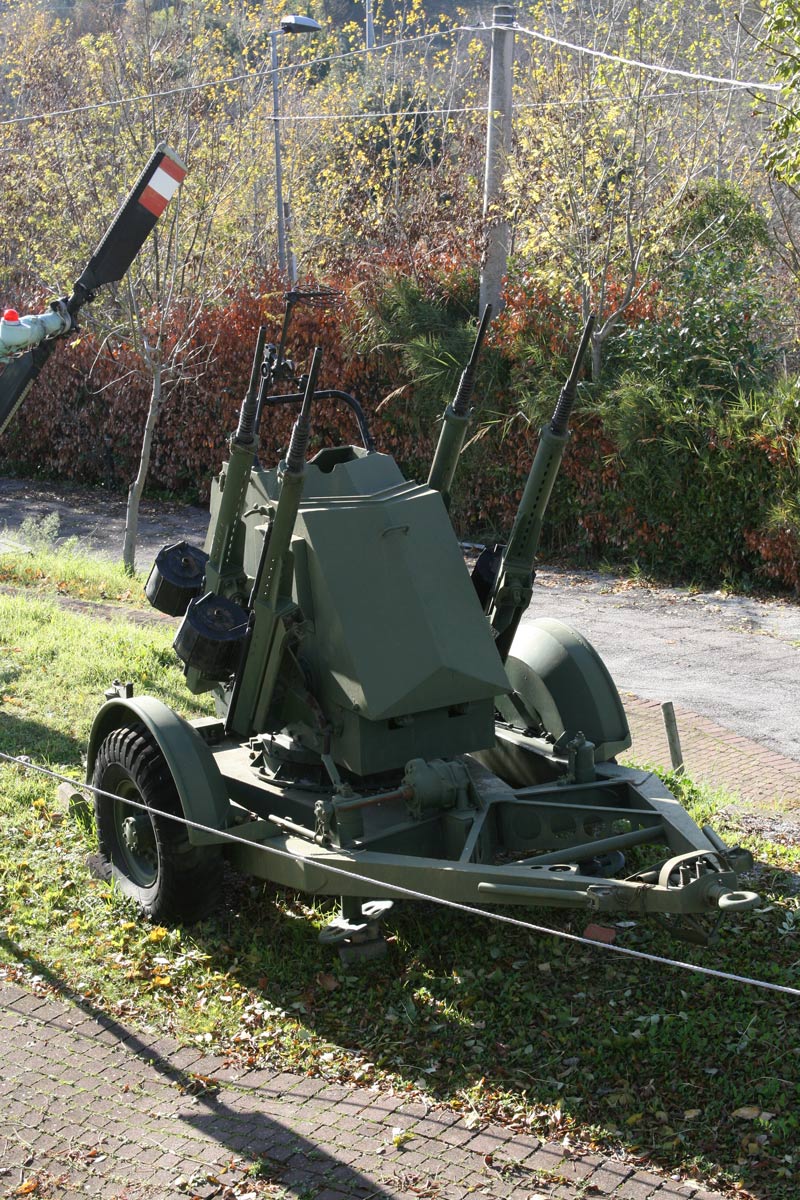 Anti-aircraft station formed by four Hispano-Suiza 20 mm cannons, and their respective loaders with a capacity of 60 shots each. The cannons were mounted on the mobile turret that had a gun laying speed of 60° per second.

This weapon was especially used to attack aircrafts that were flying at a low altitude. The four cannons could shoot a total pos 1,800 shots per minute, with an initial speed of 830 mt/sec and a 227 gr. weight.

This anti-aircraft pom pom was introduced in the 70’s and was used by the army until the 90’s. There were six soldiers serving each station.