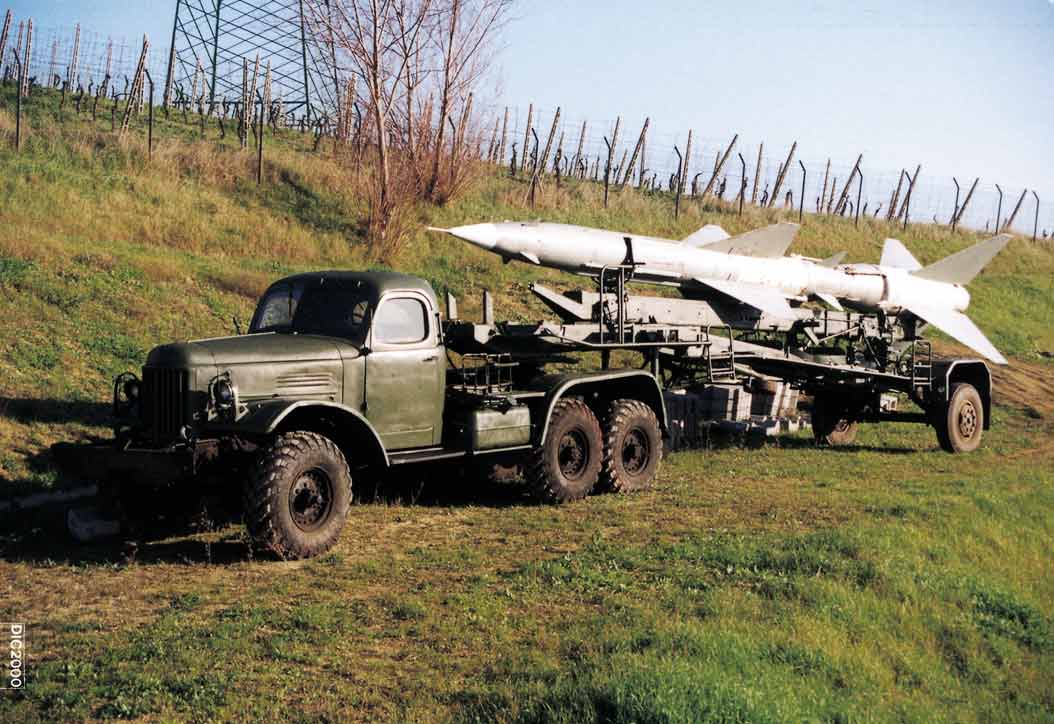 The Missilery System SAM II, built by the Soviet Union, was mounted on an army track designed by ZIL. SAM II was equipped with a ramp that was tilted before launch and with a exhaust emissions protection placed in the back. It was also equipped with a missile, called SA 2, produced starting from 1956. Since then, this missile has been the most used one all over the world.

The missile, during its lost lasting career, has always been improved and updated. The last ones used were white, without wings on the top and without any surface of control of the booster.

There is also a naval version of the missile, called SAN II