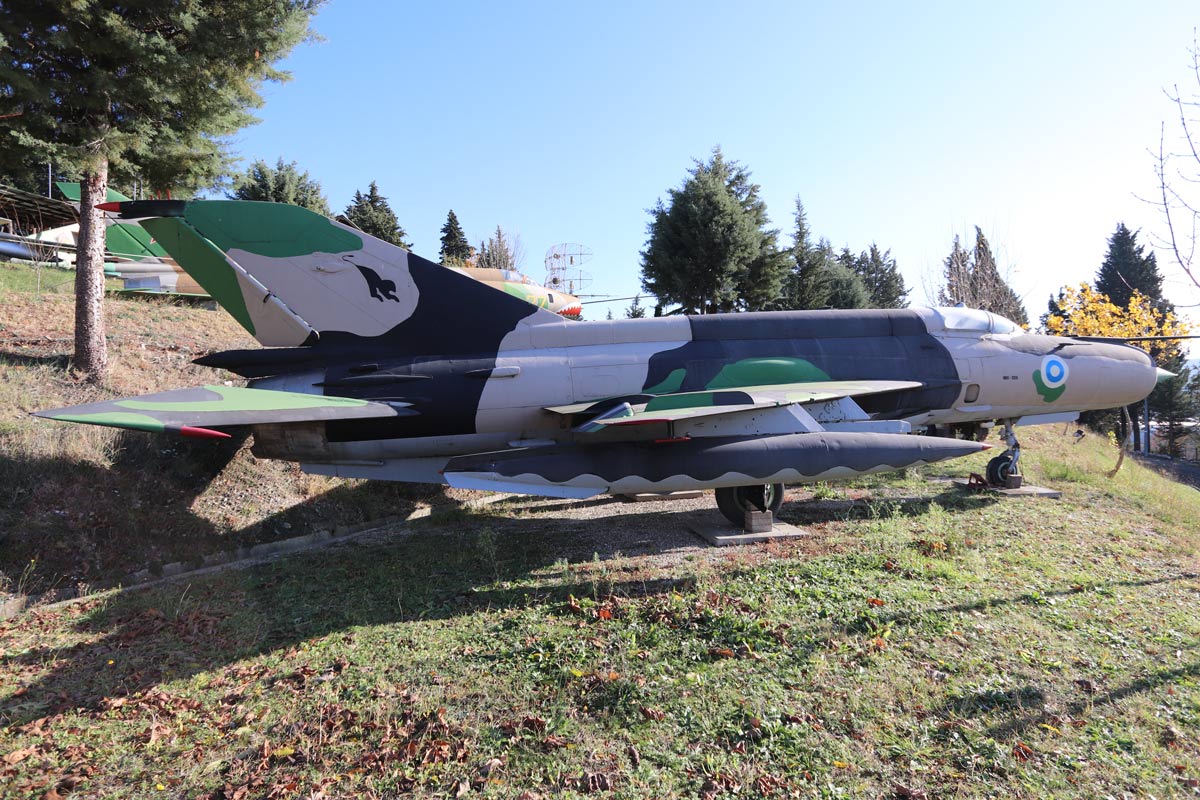 A multi-purpose single-seater fighter developed in 1967 and assigned to Soviet operational squa-drons in 1972. This is one of the last of the 24 diffe-rent versions of this famous Russian plane to be produced. The 1iG-21tv1F was faster and more powerful than previous versions, mainly due to its Turnanskii R-13-300 turbo-jet, whi-ch delivered a thrust of 6,600 kg.

The plane displayed here has the markings of the former East German air force, and it flew with the Jagdfliegergeschwader 3 Vladimir Komarow squadron based at the airport of Preshen, to the north-east of Dresden, not far from the Polish border. The 0-shaped emblem beneath the number 772 indicates the high techni-cal and operative efficiency of the fighter squadron.