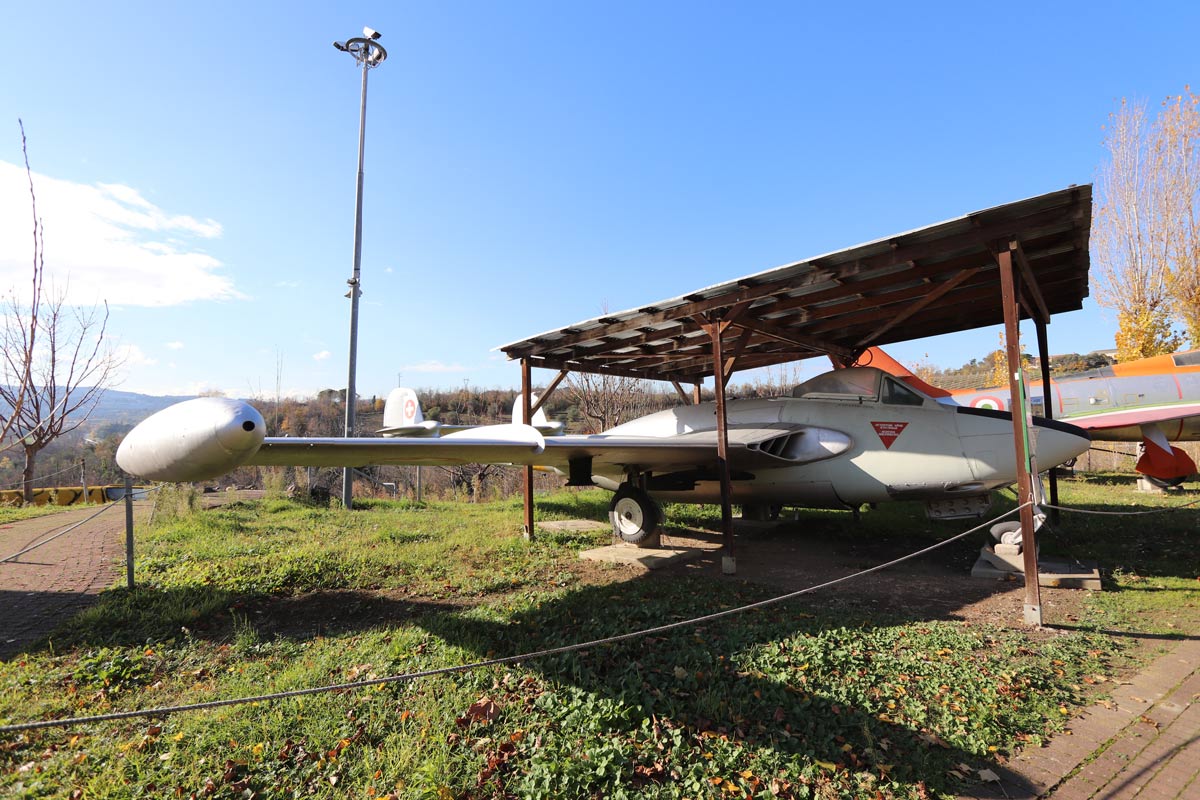 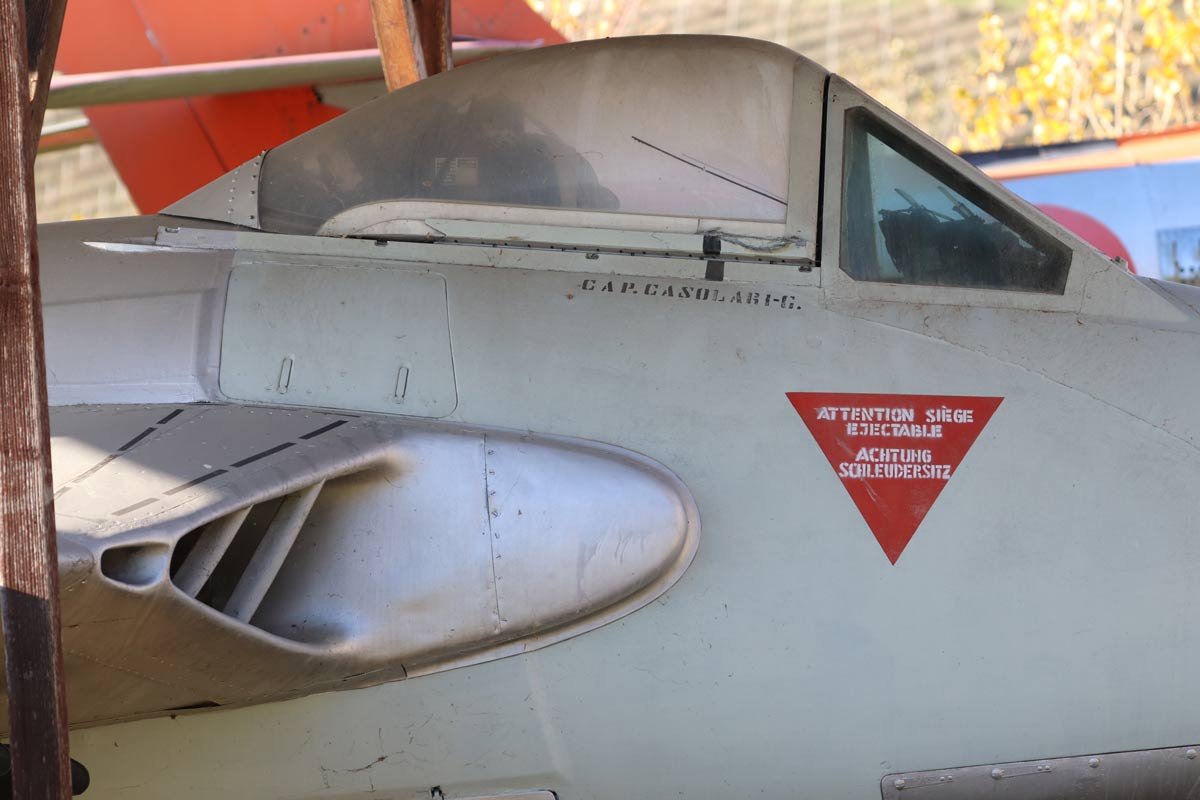 The numerous family of the vampires found its right successor in the modern and more powerfull De Havilland Venoms. Still keeping the old asset, theese planes were a complete new product that took the evolution of the cell to the edge. The project was started in 1949, the prototipe flew on 2nd november. The power of the new model was the engine: the turboreactor “Ghost” (2.335 kgf),and all over it the structure of the fuselage and wings were reinvented to support the new performances. New power steering were added to the ailerons, new tail surfaces, ejection seat, releasable tanks. However it wasnt that apreciated in England but the exports were very good, upon the others Swiss produced over 250 Venoms that have been flown till 1981 with a brilliant use of the maneuverability on mountain valleys up to 1400 m. France instead, developed a variant named Aquilon thath has been produced in 114 pieces and half of wich were trainers. The Venom was used in the suez war by RAF in 1956 against Egypt.