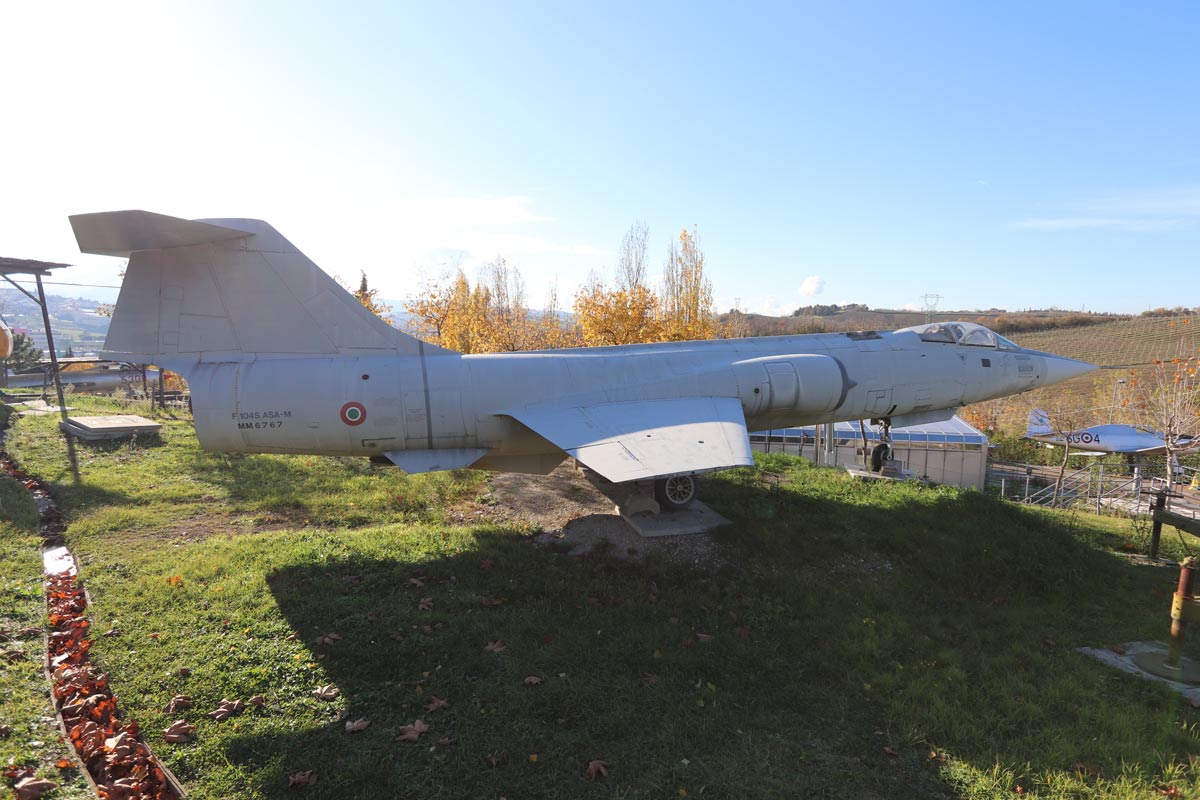 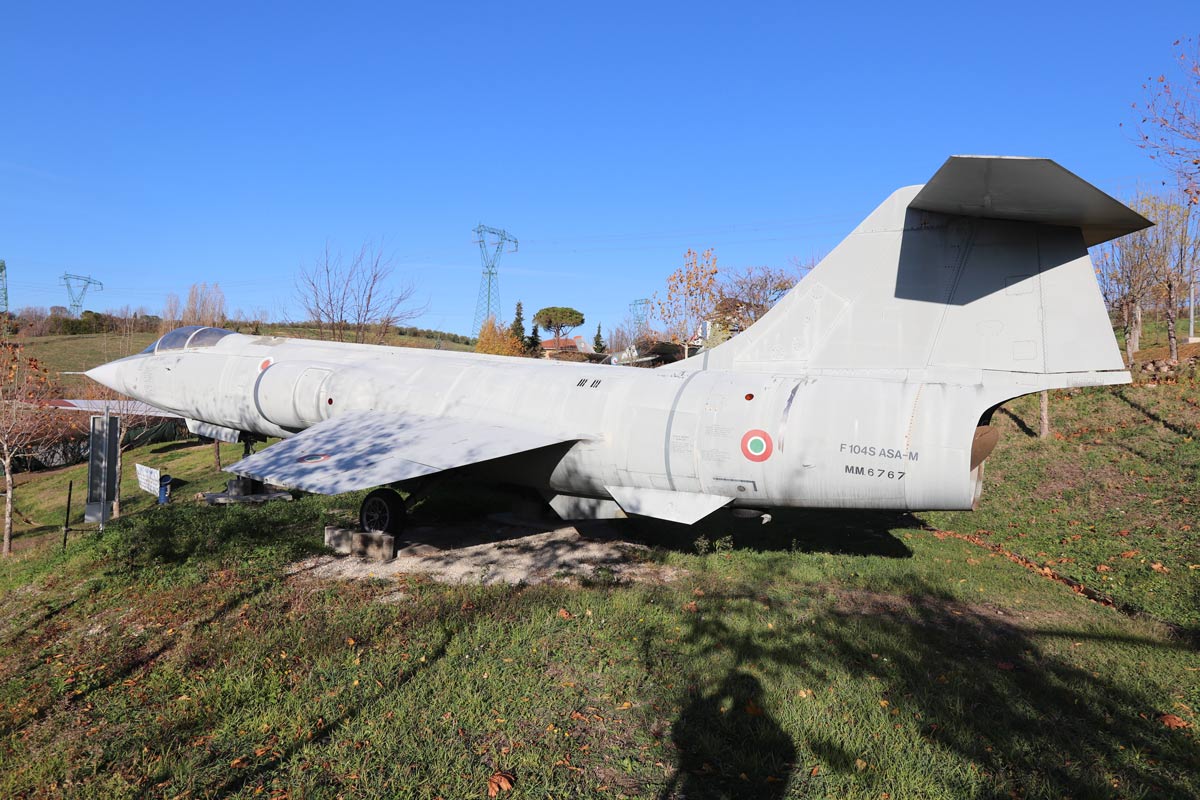 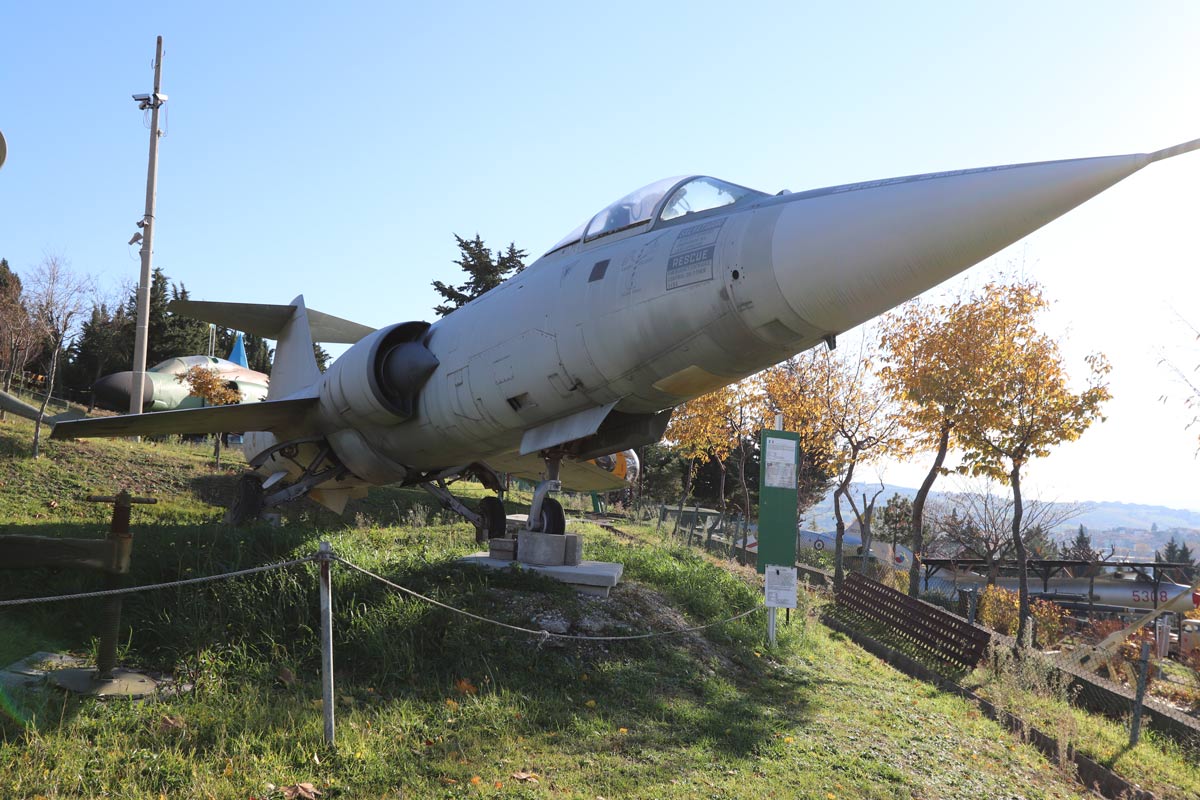 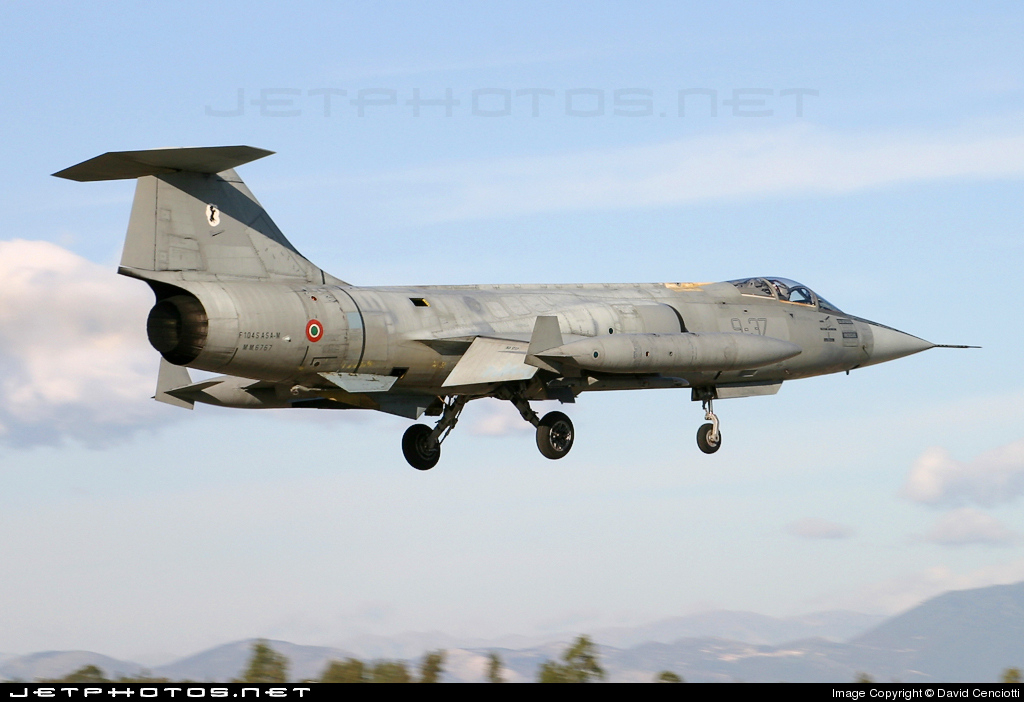 The Lockheed F-104 Starfighter was the result of a request made by the USAF during the Korean War for a high-perfor-mance fighter. The pro-totype XF-104 first flew on 4 March 1954. Although the plane had little success in the United States, in Europe it was built by a consortium of four companies, and some 1300 of the G version were produced. The F-104G.

In which ‘G’ stands for ‘Germany’, is an all-weather Mach 2 one-seater single-jet plane that served both as an interceptor and a strike fighter. The stubby wings, with sharp leading edges and a maximum thickness of only 11 mm. are set slightly back along the fu-selage. near the characteristic T-shaped tail assembly. The F-104 served in the airforces of the USA, Canada, Japan, Taiwan, West Germany, Italy, Greece, Turkey, Denmark, Netherlands, Belgium and Norway. The plane on display co-mes from the 33rd Fighter-Bomber Squadron of Luftwaffe. based at BUchel.