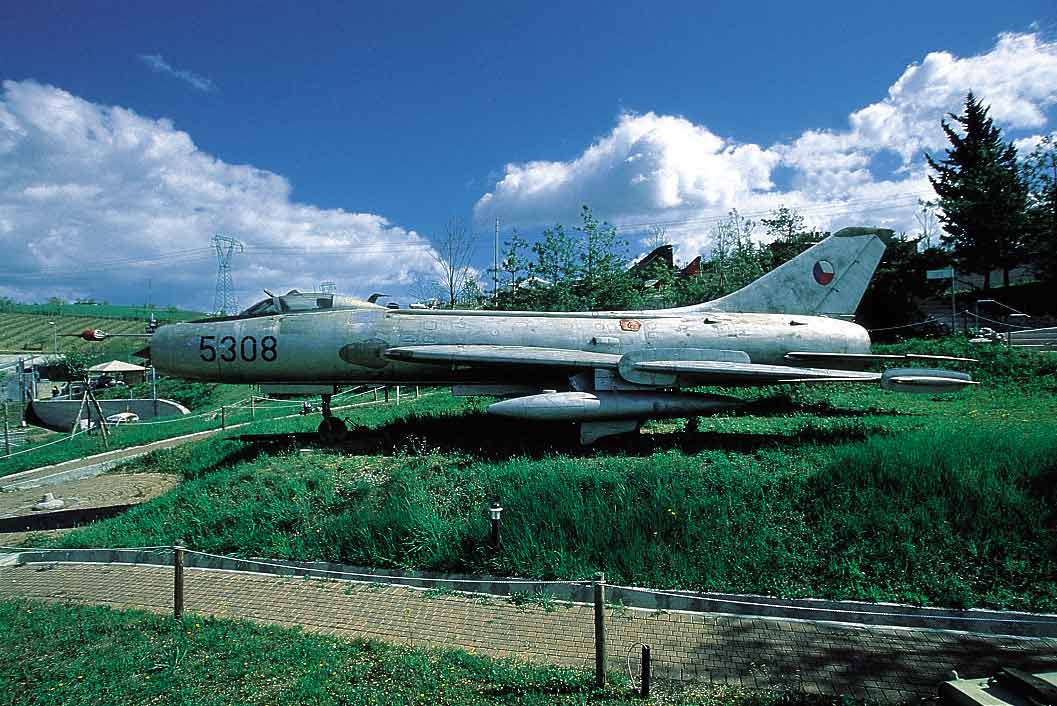 During the Korean War,the Central Aerodyna-mics Institute studied twopossible configurationsfor a new aircraft. onewith a delta wing (laterused in the MiG-21) and the other with an arrow wing, sub- sequently abandoned. Interest in this configuration revived when greater progress was made with engine technology, and the result was the prototype 5-2 with a 62′ arrow wing. The test flight in 1955 was followed by a limited production of the Su-7, but this plane found its greatest success with a change of role, from fighter interceptor to ground strike air- craft. Thanks to its almost proverbial qualities of robustness and high-precision aim, many pilots continued to prefer it to the more modern Su-25 Frogfoot. The various versions of the Su-7 have served in the air forces of Afghanistan, Algeria. Czechoslovakia, North Korea, East Germany, Egypt. India, Iraq, Poland, Romania, Hungary and the USSR. The plane seen at the Aviation Museum flew with the Czechoslovakian Air Force, and was purchased from Aero of Prague (which also made the L-39), responsible for servicing it.