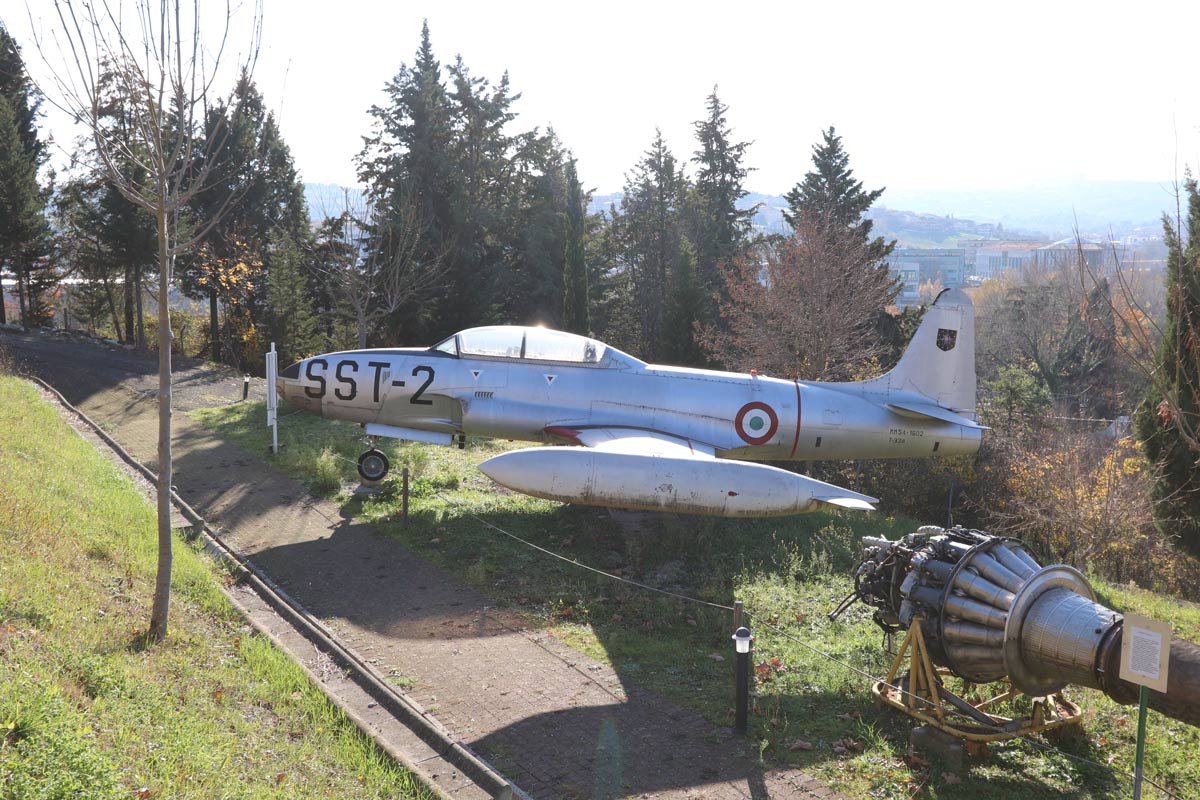 The Lockheed T-33, produced in both single-seater and two-seater versions, was developed directly from F-80 Shooting Star, and soon after its appearance it became one of the most popular training planes for the air forces of NATO countries. It first flew on 22 March 1948, and 5691 aircraft were built in a single year. In autumn of 1952 the first delivery of 70 T-33’s reached Italy, where they were assigned to the Jet Flight Training Centre at Amendola Airport (Foggia). They were replaced by Fiat G.91T’s in August 1965. The T-33 was later used as an instrument trainer.

A liaison aircraft and a target tower. The main countries in which the T-33 served were the United States. Canada, Japan, France,Turkey and Italy. The Italian Air Force defitively phased out the T-33 on 31 March 1982. The plane displayed carries the insignia and identification numbers of Gunnery Standardization Centre based at Decimomannu in Sardinia.