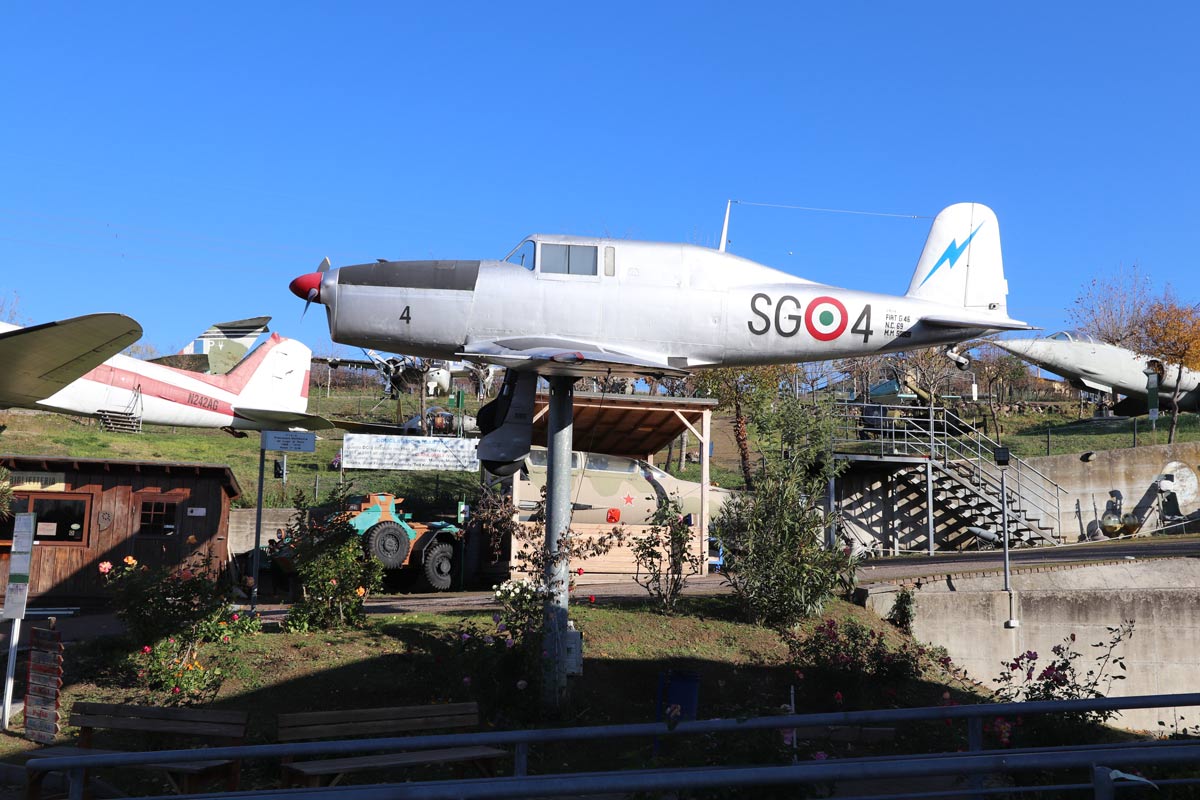 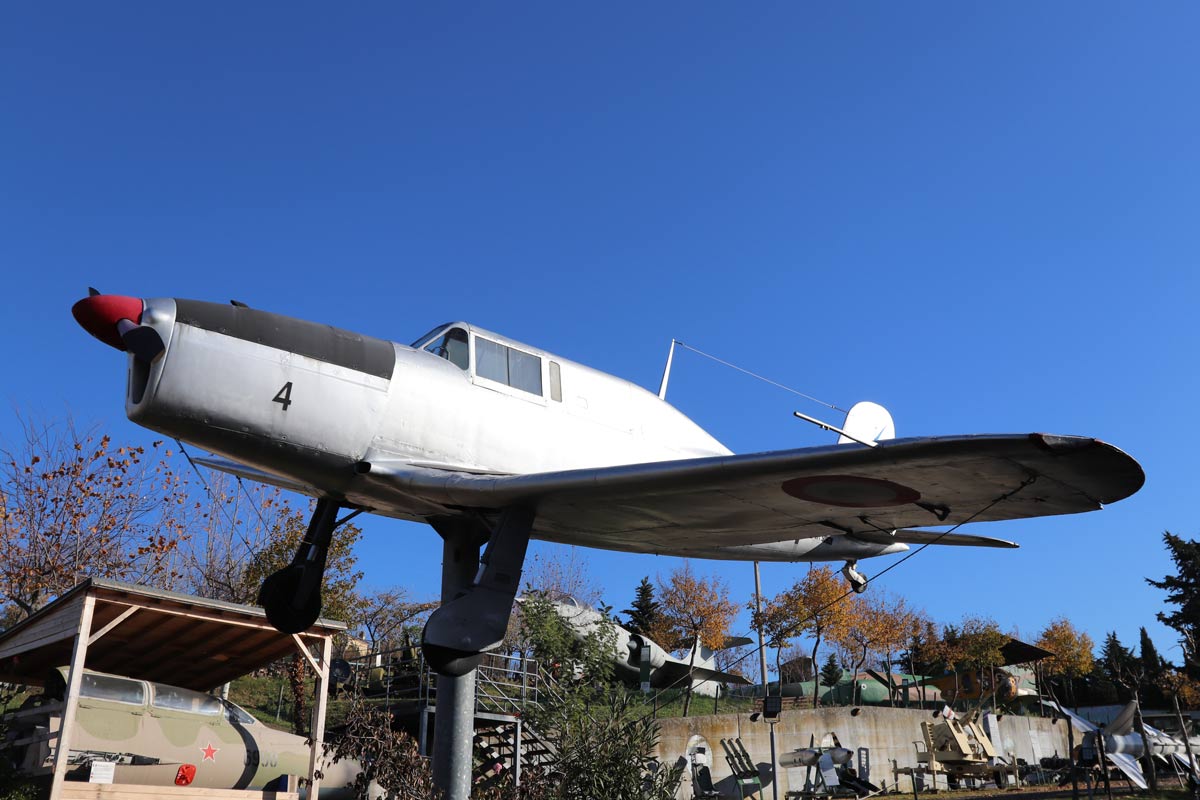 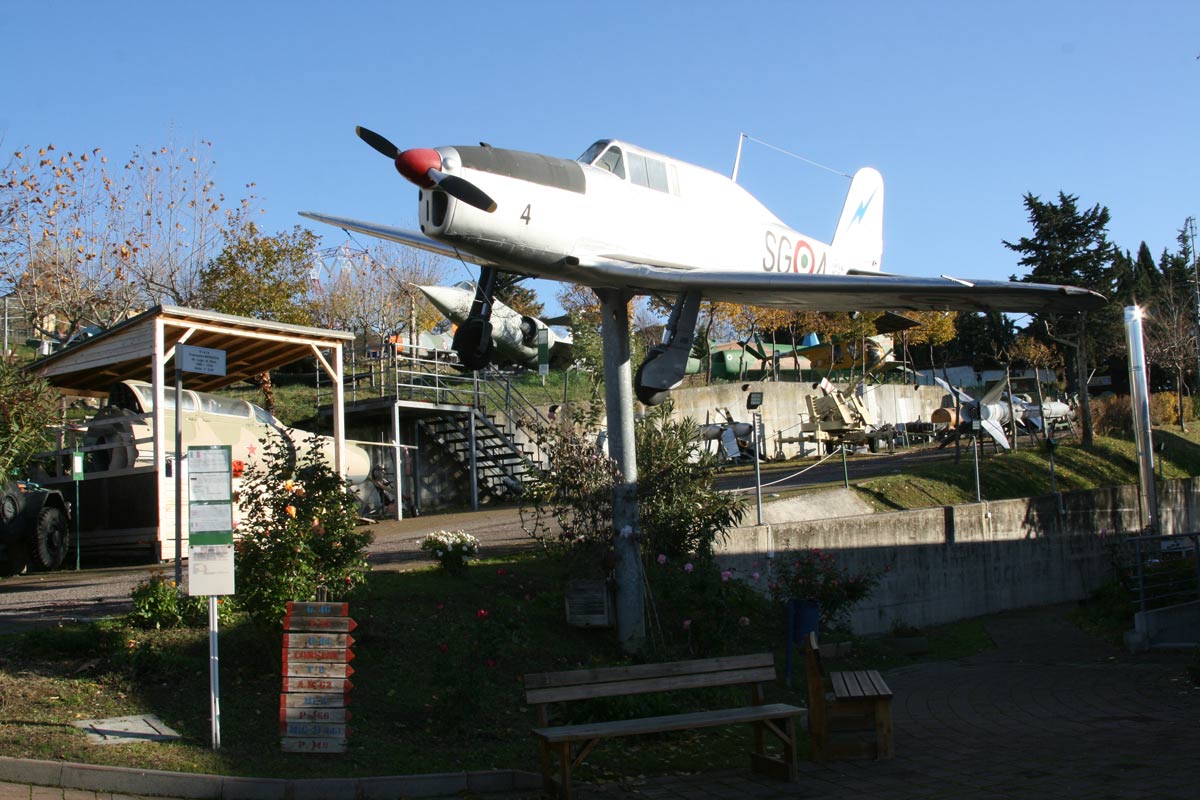 The G.46 was Fiat’s first new project after World War II (1946). The initial prototype flew in Fe-bruary 1948, and even from the first test-flights it proved its excellent performance (good handling in aeroba-tics shows) due to the development of the G.46 from the Fiat monoplane built at the end of Second World War.

The G.46 was used as a trainer plane for the initial training of pilot ca-dets in several Italian military flying schools. Around 140 of these planes were bought by the Italian air force, 70 by the Argentinean air force, and others by Austria and Syria.

In Italy, the Fiat G.46 was used at the flying school of Galatina (Lecce), in other flight training centres, in the air-combat school at Flarence-Peretola, and by the air force at Nisida and in other bases in Sicily and Sardinia. The production of these planes ended in 1952, and 50 of them were donated by the Italian air force in 1958 to private Italian flying clubs. The model on display a G.46-3A single-seater version, has the identification numbers and markings of the airport of Flo-rence-Peretola, where was operative from 1951 to 1959. la-ter being registered as a civil aircraft with the number I-AEKE.