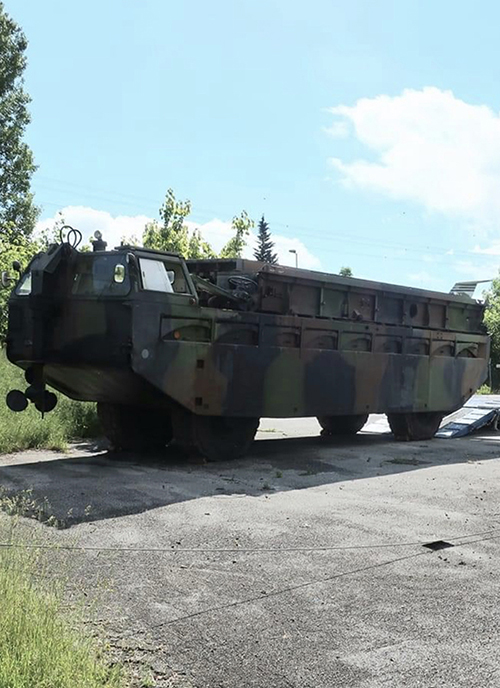 This amphibious vehicle was used for Gillois bridge layer. It was developed in 1958 by the Kaiserslautern metallurgical company EWK on the  design of French army colonel Jean F.Zhillou. This “Gillois” was adopted by the German army after all the initial test phases. Several of these vehicles were purchased by Armed Forces of  Israel, Great Britain and France where it was known as “Timsach” (“crocodile”). The German Army, however, didn’t make much use of this vehicle because the Bundeswehr chose to commission a modified version of the EWK which better suited their needs and was eventually put into service under the name of  M2 Alligator.The US Army’s 11th Engineer Group stationed in Darmstadt, Germany also used a certain number of these. Although the design of the vehicle was initially entrusted and developed by EWK, almost all of the vehicles were manufactured by the French company Pontesa in collaboration with Lorient naval arsenal. Overall about 250 were used by the French army.